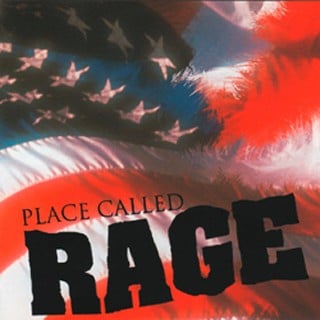 Review:
The super-group known as Place Called Rage was formed way back in 1995. Now, I won’t hide my colors — I’m a skeptic when it comes to super-groups (and if you’ve read my work, you’ll know I’m a skeptic about most things).
Written and recorded during one week in 1995, this album wasn’t exactly convincing me straight out. The band broke up after the project, which aimed to capture the essence of the Long Island sound, and scattered to groups such as Trans Siberian Orchestra and Blue Oyster Cult. According to the band, most of the tracks here were done in one take, leading to a raw quality — something I constantly rave about. Apparently ‘winging it’ is something these musicians do best.

“I Know Where You Been” opens with an Alice Cooper vibe but takes off on its own path quickly. Tommy Farese‘s vocals are earthy and dirty, the guitar riffs are simple but Al Pitrelli keeps you on your toes with more interesting fills, and the keyboards put the treble too high I think as the song fizzles out by the solo for me — but the quality of playing is there. “Place Called Rage” feels more restrained but bursts out in the pre-chorus — though the bridge in the voice seems oddly out of place. The whole thing is a mix of classic rock with some folksy/bluesy elements with a bit of a heavier Blue Oyster Cult feel too it.

As the album rolls on — yes it feels like its rolling — you can tell the skill of the musicians from the way the layers of each song work together so effortlessly. But the songs themselves are just a bit dull — it’s like a melting pot of chocolate that is simmering away, bubbling at the surface to be eaten, but when you dip the strawberry and marshmallow skewer in… you find its marmite, not chocolate. You either love it, or hate it. Admittedly, I do love the raw quality Place Called Rage professes this release to have, but my skepticism will remain… perhaps for the better.