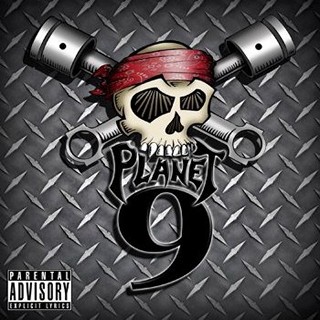 Review:
If a band is going to compare themselves to The Four Horsemen they better be good… damn good! So of course I was expecting to be disappointed when I first got Planet 9‘s self-titled debut disc — but I’m happy to say that finally a band lives up to the boisterous claims on their press release.

Planet 9 frontman Alan Kennedy may not sound like the legendary Frank C. Starr but he has definitely reincarnated his snarling attitude, while at times giving off a Glenn Danzig vibe (minus the egotistical dwarfisms). With a southern swagger, Planet 9 takes the sleazy sounds of The Four Horsemen — you’d swear Dave Lizmi and Haggis had reunited during the guitar solo on “Velvet Glove” — and mixes them with Circus Of Power‘s biker rock for a powerful combination. There is no flash on this album, just four guys playing in your face hard-driving rock with ample amounts of attitude.

“40 Days” and “1000 Years” contain the type of raw intensity that every pissed-off band strives for as they simply lay down a throbbing rhythm and convincingly drive the message home. On “32nd Floor”, where the Danzig similarities are really noticeable, Planet 9 mellow ever so slightly during the verses before exploding during the chorus before its back to unrelenting rock on “$Money$”. After slowing down a touch on “Broken Pride” the band comes back with what could easily be their theme song — “I got a bad reputation along with a bad attitude, so you best not fuck with me or I’ll be coming after you”, pretty much sum up what Planet 9 is all about. Wrapping up the entire album is a cool cover of “Chain Of Fools”, which takes Little Caesar‘s version and dirties it up even more.

Planet 9‘s debut may be a bit one dimensional, but who cares — it kicks all kinds of ass. Taking over a decade to release their first album (the band originally formed back in 1999) has allowed Planet 9 to fester and grow into a solid hard rock outfit. If it takes these guys another ten years to release the follow-up they may just forget about the music and smash their instruments over your head — actually, that may happen regardless.