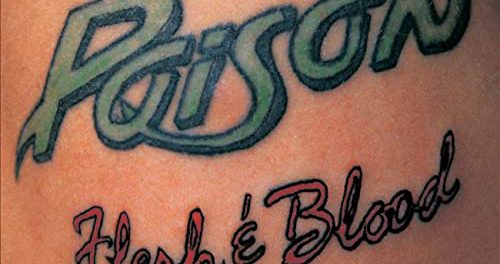 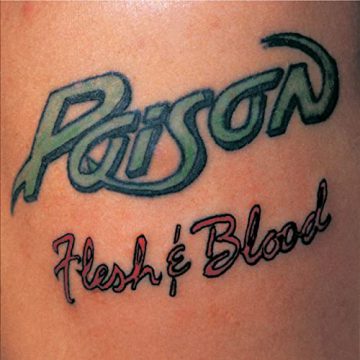 Review:
Chances are no one in the world (including the band) will ever accuse Poison of even coming close to being poetic masters lyrically or musical virtuosos but since their arrival on the world music scene in the mid-eighties, it’s become darn near impossible to argue their spot as one of the most consistently solid live bands in rock and roll history. Yeah, maybe it’s been a minute since Bret, C.C., Bobby and Rikki have sold a ton of new records or even dropped a music video destined for classic status but what they have done, since their three album hot stretch from 1986-1990, is hit the road from time to time with a solid rock and roll road party second to none, each time never afraid to share the stage with other great bands from the past.

Since the first time I caught Poison live with special guests Lita Ford and Britny Fox in 1988, I have gotten my uplifting Poison rock and roll fix regularly with Poison part of a traveling rock and roll circus featuring a changing cast of bands like Cinderella, Dokken, Faster Pussycat, Great White, Ratt, Slaughter, Winger, and the almighty KISS. 2020 was set to be the year Bret and the guys were gonna tear up the road with the legendary likes of Mötley Crüe, Def Leppard and Joan Jett. These are all acts Poison have shared the stage with in the past appearing in one explosive package and luckily for fans barring any more crazy events, that madness is now set to happen in 2021. Yeah, while life lately has shown that anything and everything can happen, one thing is certain, wherever this tour lands, you can pretty much expect Poison to consistently put on a solid high energy stage show without sacrificing sound and quality. Even better, after 2020, it will be a nice chance to escape back into the sounds and sights, and nostalgia of what were better times for many fans.

While not their highest selling album (that honor goes to the five time US platinum selling Open Up and Say… Ahh!), Flesh & Blood can claim the title as Poison‘s highest charting album across the board outside of New Zealand, which is the sole place Poison have hit number one on any chart, anytime. Maybe it’s due to the rise in the band’s popularity or Poison‘s slightly more serious side adding to their already fun rock and roll, Flesh & Blood managed to infuse the band’s fun (and at times silly) party rock with just enough social commentary to make the album semi-socially relevant. Who knows, maybe this even widened their audience. Bottom line is, on Flesh & Blood, Poison found all the parts to make an album showcasing all sides of their personality. Right now, maybe some of you reading have a huge “WTF?” stuck in your head but yeah, even Poison were known to have a few things on their minds from time to time. After all, it might only be rock and roll but Poison were certainly more interested in doing more than carving out a single vision like say, Steel Panther? Holler, if you hear me!

So first the silly. About a week after the official release of Flesh & Blood, Poison tossed out the album’s kick-off single “Unskinny Bop” — a tune with no particular meaning but one that would end up being Poison‘s second highest charting single after “Every Rose Has Its Thorn.” I don’t even have to elaborate on what most fans think the tune is about but in the catalog of Poison songs, it may be the most pointless track Poison released during their peak. Is it fun? Well sure, but I don’t think too many fans would argue that there are way better tunes on Flesh & Blood than “Unskinny Bop.” That’s not to say that live, it isn’t fun to dance to as the bass guitar bounces but as far as a good listen, in my opinion it barely rates a “meh” aside from the fun it might add to date night. Seriously, minus “Unskinny Bop”, Flesh & Blood is an album of good, catchy, fun, party rock and roll mixed with a tad bit of substance and soul. OK, maybe even at least chuck opening instrumental track (and I use that loosely) “Strange Days of Uncle Jack” as it really does little to set up things for solid rocker “Valley of Lost Souls.” While the same can be said for second instrumental “Swampjuice (Soul-O)”, it at least has some cool plucky blues-based guitar licks. Trim all the extra fat off of Flesh & Blood and what’s left is just just good meaty comfort rock and roll loaded with a side of heart.

By the time, 1990 rolled around the tried and true hair band second single power ballad formula that had sold millions of records in the eighties had started to wear thin and no one took bigger advantage of it than Poison a couple years earlier with simple three-chord hit “Every Rose Has Its Thorn.” This time though, Poison were ready to tackle the changing times doing so by putting a swerve on the whole power ballad on Flesh & Blood’s second single “Something To Believe In”, an uplifting song of social commentary just about anyone could relate to. Dedicated to Michaels‘ best friend, the song is a snapshot of everyday life as felt in the heart of the singer and with its images of mental, physical, and economic struggles, a song just as relevant 30 years later. In similar fashion, “Life Goes On” is based on loss and nearly plays as a companion piece to “Something To Believe In.” Where the latter is a search for answers, Flesh & Blood’s fourth single “Life Goes On” is more about solution and moving forward. Even the most happy-go-lucky of folks have to steer down that road called life including the bumps in the pavement but as Poison show on the rest of the record, there’s still plenty of room left to laugh, smile, cut up, and of course, rock and roll.

Even on the occasions that Poison add a bit of seriousness to their more rocking tunes, they manage to do so in a catchy, upbeat way that renders them more uplifting than anything. Tunes like “Valley of Lost Souls”, “Come Hell Or High Water”, and the superb “Life Loves A Tragedy” have an almost “underdog overcoming adversity” quality to them with the latter not just the best of the bunch, but easily one of the standout tracks on Flesh & Blood. With its easy to relate to content, rocking rhythm, and infectious chorus, it’s a shame it wasn’t chosen as a single on the album. On an album loaded with some cool tunes, “Life Loves A Tragedy” was, is, and will surely always be, my favorite song on Flesh & Blood.

Whether it’s the simplicity of their music, an ability to connect with the average person, or both, Poison have this knack for painting a picture that every day folk can pull close to. Regardless of if it’s the air in your hair (“Ride The Wind”) or the healing power of music (“Let It Play”), Poison have a way of making us feel like we could just as easily hang out in the same space as them. Their tunes continually remind us that they too deal with daily issues like relationships and a need for inspiration and despite their rockstar status in the world, like us they are still just Flesh & Blood.

Poison‘s “Something To Believe In” video: