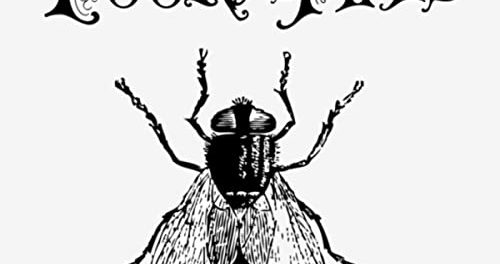 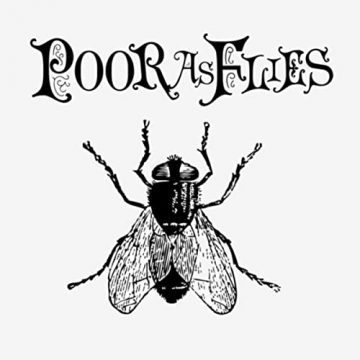 Review:
Billed as being from Valencia, Spain with members via Canada and the UK, power trio Poor As Flies are a no-nonsense rock and roll blend of European flavors steeped over time on the classic rock of Led Zeppelin, Jimi Hendrix, and Creedence Clearwater Revival as well as later bands like Metallica and the Tragically Hip. The mix makes for a simple cool package of short to the point rock tunes not too far off the path of stuff like Richie Kotzen‘s more recent solo stuff and even his own power trio, supergroup The Winery Dogs. Right at a year after the band’s first live performance to a packed house in Spain, Poor As Flies have funneled all of those influences and energies into the group of eight rocking originals and a couple of odd covers that make up their debut self-titled release on indie label Clam Records.

Kicking things off back in early May with the lyric video for opening track “Field of Vision”, the world’s first hints of Poor As Flies might have initially conjured up thoughts balancing somewhere between some of the deeper grooves of The Cult and Soundgarden but a further listen opens up a way longer train of thought. With solid drums, an on point thumping bass, and raw, crunchy guitars, Poor As Flies might at first draw comparisons to a few edgy ’90s bands but by the time the last track on this one rolls around, it’s easy to hear the raw early grit of ’70s bands like Black Sabbath, Deep Purple, and Zeppelin, all single guitar bands known for solid rhythm backbone and sometimes outside of the box lyrics. For a self-produced debut by a trio, the grooves are fat, the sound naturally thick, and the vibe as close to live as you can get making it damn near obvious that this record is more band chemistry than studio magic. Pure, solid, tight but purposely loose rock and roll.

On this first trip out of the gate, Poor As Flies shine most when putting the heavy foot down on their own tunes and songs like the Sabbath / Zeppelin tightrope “Dreams of Flight” is where the band tears it up the most. The production is airy enough to pick out all the instruments but powerful enough that together induce a bit of aggressive headbanging before you even realize it. It’s noticeable through the album but especially on the heavier tunes such as “Try”, a great tune with a very “Paranoid”-esque riff, and the exceptional metal kicker “The Magic Thief.” The latter comes off like what Metallica might have sounded like had they arrived a decade earlier complete with foot crushing Kirk Hammett-like wah. It’s aggressively cool stuff and on one hand, you kind of wish there was more of this on the record but on the other hand, as you listen, you realize Poor As Flies pull off this raw energy pretty much across the board.

Pretty much everything Poor As Flies offer lies in low end fat grooves that typically result in audience tandem head bopping. Infectiously raw, fuzz-filled tunes that you can’t help but get into if soul-snatching grooves are your thing. There’s the “Voodoo Chile” vibe of “She’s Got Something” and magnificently rock funky “Gravity” to put you in the bottom end grind and in case you’re wondering, Poor As Flies even toss in their take on a power ballad by way of slow heavy blues number “The Rules.” From top to bottom this is sweaty, packed bar hard rock made for a night stage front with friends and a round of cold ones.

The debut release from Poor As Flies is a fresh out of the woodshed look at a band that wisely has used its time to not only lock in tight as a unit but create some exceptional tunes, which is why it’s a shame that they chose to toss in a pair of oddly placed covers instead of a couple more original songs. While just as well done as the rest of the tracks, Poor As Flies‘ takes on the Tragically Hip‘s “Little Bones” and the Neil Young classic “Down By The River” are at best just mildly interesting and don’t even come close to holding a candle to the other eight tracks on the album. With such a solid musical foundation topped with passionately raw yet easy to understand vocals, Poor As Flies actually could have just simply left things to stand at their eight originals and it would have been an improvement even at the same price. I’m not saying that Poor As Flies don’t do justice to either cover, just that they don’t really do much to add to the overall package. But hey, how many great albums have had at least one track that made you wanna hit the forward button? Exactly, bunches.