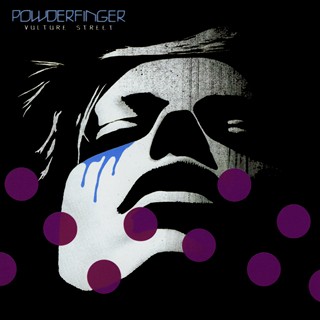 Review:
I readily admit that this review is more than 10 years late. I first ‘discovered’ Powderfinger aboard a Contiki tour in Australia in early 2005 when our travel guide insisted that our three week bus tour needed a theme song and he unilaterally chose the band’s top 10 Australian hit song “(Baby I’ve Got You) On My Mind”. I instantly loved the song, despite what sounds like an out of tune guitar being strummed prior to the track kicking into high gear. I bought Powderfinger‘s Vulture Street shortly after my return from Oz but have not listened to it for the last seven years. However, upon listening to “(Baby I’ve Got You) On My Mind” on my iPod the other day, I thought that some Sleaze Roxx readers might be interested in discovering one of Australia’s most successful hard rock outfits.

Powderfinger‘s fifth album Vulture Street was certified six times platinum in Australia and is the band’s second most successful album after its predecessor Odyssey Number Five, which was certified eight times platinum down under. Although Powderfinger are most often described as an ‘alternative’ rock band, don’t let that moniker scare you from discovering Vulture Street since there are some really good hard rocking songs that would give any sleaze rock band a run for their money.

Songs such as “Rockin’ Rocks”, “Stumblin'” and of course “(Baby I’ve Got You) On My Mind” have an infectious groove to them and are excellent straight-on rockers with an old school ’70s feel. There are at least two songs with some good slower bluesy parts on this album — “Since You’ve Been Gone” and “Love Your Way”. Powderfinger‘s other almost top 10 Australian hit — it got to number 11 — generated from Vulture Street is the song “Sunsets”, which is a catchy and mellower track that may well end up having you singing along with lead vocalist Bernard Fanning.

Unfortunately, upon listening to Vulture Street again, I note that there are quite a few songs that I do not like and most, if not all, can be found towards the end of the CD. In fact, after the seventh song “Stumblin'”, you might as well just shut off the CD and call it a day. Nevertheless, there are some really good songs on Vulture Street that make it worth picking up — or better yet, just get the song “(Baby I’ve Got You) On My Mind”.