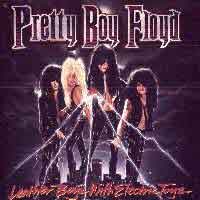 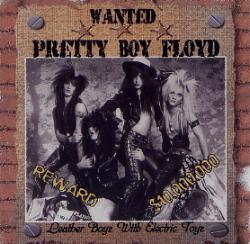 Review:
Leather Boyz With Electric Toyz was the major label debut from this over-the-top Los Angeles glam quartet. Songs such as “48 Hours”, “Rock And Roll Outlaws” and “Only The Young” really rock, and reminds one of Poison and early Motley Crue. There are also two nice slower paced songs called “Wild Angels” and “I Wanna Be With You”.

The new reissue of this classic glam album features a different cover and five bonus tracks, including the very cool “Slam Dunk”. Pretty Boy Floyd sounded good and looked outrageous, a combination that created a huge buzz in their early years. I feel they should’ve had more recognition and give Leather Boyz With Electric Toyz two thumbs up!