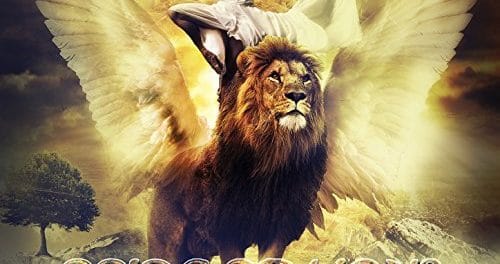 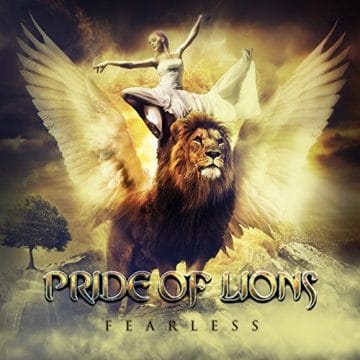 Review:
Pride Of Lions are a band fronted by former Survivor guitarist and keyboard player Jim Peterik. The band’s first self-titled album in 2003 was apparently “ground breaking” according to the press release. I’ve never heard it, so I will let that stand. Fearless has been noticed on social media and is apparently quite popular amongst a certain set of listeners.

Frankly, I can barely make it through the album. The tinny, high end sound eliminates the need for a bass player, and the drummer is superfluous, as long as he carries 4/4 and does nothing else. And that’s just the beginning. The whole album is driven by weak yet ridiculously dominant keyboards, reminiscent of ’80s style movie themes or lousy Christian rock offerings. To put it in context, imagine Glass Tiger without Bryan Adams writing their songs or Jim Vallance producing. Does anyone remember Canadian offerings BLVD or Refugee? Look them up as they offer much better keyboard driven ’80s rock.

“Rising Up” starts with a really good guitar and drum line, and I can even put up with the verse. The chorus destroys it completely. I feel like Rocky Balboa should be dancing around the steps of Philadelphia or something. Current release “The Tell” is just a syrupy and silly offering. It might have worked in 1983, but I think we’re kinda beyond that in 2017. The first single,“Silent Music” is adult contemporary boring nonsense. In fact, it actually sounds quite similar to “The Tell.”  I will accept the title track “Fearless” as an OK tune, if I have to pick anything that stands out.

I really can’t explain the rest, other than to say the album cover features a lion with angel wings and a ballerina on its back. That image made me confused, yet listening to the album, I realized the songs are about as coherent as the visuals. Weak and boring keyboard rock best set in the early ’80s rather than now.

What was Frontiers thinking releasing this album?  With Tokyo Motor Fist, Stephen Pearcy, Jack Russell, etc. coming out lately, why would they offer such a weak record? Slow month? I don’t care about the background or history of Pride Of Lions. Fearless is awful, from beginning to end. I looked long and hard to compliment something, and maybe Toby Hitchcock’s vocals are ok for this style, but the harmonies are weak and not worth hearing again.

Not only will this album not make my MP3 list, it will quickly go into my recycle bin.

Pride Of Lions‘ “The Tell” song:

Pride Of Lions‘ “All I See Is You” video:

Pride Of Lions – “All I See Is You” (Official Music Video)