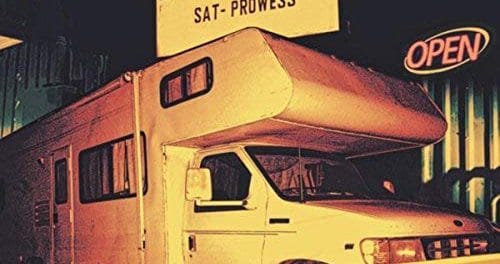 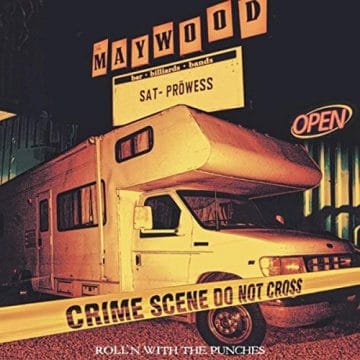 Review:
Let me start by saying that I am generally not a big fan of live albums. My music collection only contains a few of the classics such as Iron Maiden‘s Live After Death and Dokken‘s Beast From The East. I have always felt that live albums are just too messy and their success really depends on whether the sound and energy have been captured effectively, whether the band was on fire at that point in time and whether the band was actually capable of playing their studio recorded material in a live environment. More often than not though, it really comes down to the sound quality for me, and for this reason I prefer to stick to the studio recorded tracks.

So when I received an invitation to preview the new sophomore EP from North Carolina rockers Pröwess and read that it was a live album featuring a combination of new tracks and tracks previously released on their debut EP Headfirst (2017), I was a bit skeptical. Suffice to say I took the plunge regardless of my opinion on live albums and I am glad that I did. Pröwess have done a tremendous job with this release and the sound quality is just superb.

Roll’n With The Punches contains six tracks and runs for 32 minutes, which is quite impressive in itself. Five of the tracks are live recordings from the band’s show at The Maywood in Raleigh, North Carolina on the 3rd of March 2018, with three being brand new songs and two being off the previously mentioned Headfirst EP. The inclusion of three brand new songs is an interesting scenario as I would have thought that most bands would save those for a new studio release. However, it is their inclusion that really adds appeal to Roll’n With The Punches as we can experience how much the band has grown and expanded its songwriting craft since its debut. The final track, also from Headfirst, has been reworked and presented in an acoustic format.

Roll’n With The Punches opens with “Roll With The Punches” a straight up rocker with lyrics that detail Pröwess‘ experience in having their van stolen while they were in the process of doing a venue load out, after only their third show of a recent tour.  Vocalist Dalton Bowes, who was inside the van at the time, proclaims during the song’s breakdown that it was a ‘Roller coaster ride from hell’ and ‘it wasn’t fun.’ Thankfully, everyone involved was left relatively unscathed after the ordeal (except for the perpetrator) and the band members could look back, have a laugh and be inspired to tell the story through song. “Roll With The Punches” is the epitome of what rock and roll is all about — a great musical foundation with a tale involving an experience, an adversary and an inspirational outcome. On a side note, the cover artwork for Roll’n With The Punches features an image of the van in question and no doubt, like most touring bands, there are probably plenty of other stories that could be told involving said van.

“Killing A Giant” follows and it is interesting to hear how it compares to the studio version released on Headfirst. The music is almost faultless, as are the guitar solos and melodies. This highlights my earlier comment about whether a band can play its songs live and match the studio recording. Pröwess do that right here and it is evidence that if you rehearse and gig regularly, you are going to perfect your art and skill. The other defining factor here is that two of the band members, Adam Morris (guitar) and Hunter Floyd (drums), were not part of the band at the time of recording Headfirst, so their transition appears to have been seamless.

Live fan favourite “Let It Ride” is next and is very much inspired by the blues, as most classic rock is. This mid-tempo offering feels as if it would have been right at home back in the ’70s or even late ’60s on the soundtrack of a movie such as Easy Rider. It has a certain groove to it that will make you start swaying and moving your head without even realizing it. It is that powerful. It is also one of those songs that once you have heard the chorus a few times, the lyrics will be infectiously stuck inside your head making you sing out loud whether you want to or not. If you enjoy your music with a classic rock sound, you are going to love this song. I will go as far as saying that “Let It Ride” should be a hit.

The opening ringing notes of “No Survivors” follows before bursting into a main riff that thunders down the tracks like an out of control freight train. I have always enjoyed the Headfirst version of this song and this live version is no exception. You can really feel the power of the live performance just like you were right there; minus of course the smell of sweat, beer and cigarettes. In comparison to the vocals on Headfirst, I must say that Dalton Bowes appears to have come a long way since that time. Initially when I first heard Headfirst,I thought Dalton’s voice was kind of weak and ready to give out at any moment, but this live recording really showcases what he is capable of. And it’s not only evident on “No Survivors.” He shines across the whole of Roll’n With The Punches providing a vocal that is now full of power, swagger and attitude, whilst also maintaining a slight smoker’s rasp.

The last live song on the EP is titled “Oh What A Time” and is another fan favorite, which the band plays to close out its shows. There are a multitude of influences on display here but the most notable being Thin Lizzy. The song is upbeat with the music and lyrics perfectly complimenting each other. A nice clean melody starts proceedings before switching to a group vocal chant reminiscent of a drunken Irish drinking song. The song then morphs again into a straight up rocker, which is highlighted by some nice dual guitar melodies. One notable feature to the lyrics of each Pröwess song is that they revolve around the common theme of being inspirational and having meaning. Whether the band is advising the listeners to believe in themselves, or just letting them know that there are people out there that care about them, is quite refreshing to hear. “Oh What A Time” is no exception to this and my interpretation is that it has a moral — be thankful for what you have, enjoy your life and treasure those around you while you have the opportunity.

The final song is an acoustic version of “Show Me”, another track previously from the Headfirst EP. However, it has been reworked and retitled as “Show Me… Again.” A nice opening guitar arpeggio accompanied by some bluesy guitar leads provides a calm and soothing atmosphere. The song drips with the influences of The Allman Brothers, Lynyrd Skynrd and a touch of the Eagles. Perfectly harmonized backing vocals add to the atmosphere as does the progression to guitar chord strumming throughout the bridges and choruses. A southern styled guitar solo tops the song off, fitting nicely and adding some emotion. The reworking of the song was certainly a stroke of genius and is guaranteed to make it more assessable to a variety of music fans.

Ultimately, I was not expecting much from Roll’n With The Punches when it was labeled as being a live recording, even though I had enjoyed the band’s Headfirst EP. I couldn’t have been more wrong in my expectation. I will be the first to admit that I might have to reassess my stance on live albums because I was completely blown away by the quality of Roll’n With The Punches. Saying that however, the live aspect has clearly been cleaned up in the studio to produce a more polished product for the market. Traces of audience noise and applause are left to the starts and ends of songs, and occasionally during breakdowns. For me though, that is fine. It doesn’t take away from the fact that the foundation of the recording is live with overdubs and studio refinement only enhancing the experience. Most bands do that these days anyway.

Pröwess have been one of the bands on my radar for sometime and I have constantly kept up with their activities. The release of Roll’n With The Punches is a testament to the band and its perseverance through what seems like endless situations of bad luck. In its short existence, the band has lost two original members, bassist Kenny Keeler injured his hand, their van was stolen damaging some of their equipment and most recently guitarist Adam Morris has had to step down for family reasons. Hopefully though, the tide turns and Roll’n With The Punches gets the band some well deserved attention. After all, they certainly have learned how to roll with the punches.