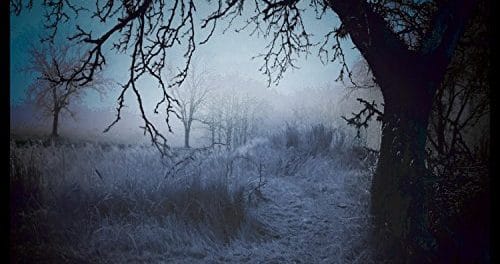 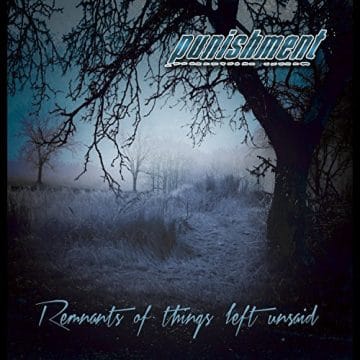 Review:
A few weeks back, I went to the Ted Poley show at The Rockpile in Toronto. For those who have read my review of the show, it can be said that I had mixed feelings regarding Poley’s performance. Regardless of that opinion, there was a band on the bill that I felt very strongly about — Punishment. Why did I feel this way you may ask? Well, I saw something that I hadn’t seen in a very long time. A real band, that looked and played like a real band and not in a nostalgic way either. These guys are not poseurs. Ha, ha — that old ’80s term we used to use so much!

Upon reading this, you may be shaking you head, asking yourself, what the hell is guy talking about? Let me put it this way, back in the late ’80s/early ’90s, there were so many great bands. I mean real bands that worked hard to please their audience, but also to portray an image as well. Now some of these images may have been a little over the top, in hindsight, looking back 25 years, it was just plain awesome regardless of how they looked. You would rifle through your Metal Edge magazines and have full band photos. The mystique was there. And you thought, “Ah man! These guys are cool and very photogenic. I’m gonna go buy their album.” Yes, it was a marketing tool, but a good one at that. If I had to count the number of times I did this, I’d run out of fingers and toes. At the end of the day though, usually you loved every track on the albums, which is hard to find these days. They stuck to the right formula throughout, which could be termed as a double edged sword for the artist as well though. Regardless the fans ate this stuff up.

Punishment have all of these qualities that I have just spoken of. Now, they are definitely not a glam band per say, but they do have an image. It was obvious to see this at that Rockpile show, that this band is comprised of four individual guys, each with their own identities. Like in the ’70s where you knew the names of all four members of KISS. Or the ’80s with bands like Metallica, Mötley Crüe, Dokken, etc. The list goes on and on. It can be said that each member stood out.

Punishment are comprised of lead vocalist Brad Searl, guitarist Kevin Gale — and I will speak of this only this one time in this review, the former guitarist for Toronto band Slik Toxik, drummer Pat Carrano and bassist Mark Johnston. The band was formed in 2008. The album I am about to review is actually the band’s second release. In 2009, Punishment released an EP entitled Beautiful Suffering. Why the long break in between releases? Well that is something that I am hoping to get answered in an interview I will do with Gale in the very near future, but for now let’s focus on the material on their newest release Remnants of Things Left Unsaid.

Right off the bat, I am drawn into what I am hearing. The first track “Once Were Gods” starts with a groove orientated, heavy riff by Gale. Searl’s vocal phrasing fits the verse perfectly. It seems the band is building into the chorus, but holds back and goes back into a verse. Finally, at the end of the second verse, comes this very catchy chorus. As I am listening to this, I am thinking why the hell is this not on the radio? This would kill anything that stood up against it. The band changes gears slightly, but not enough to confuse the listener. That opening Gale intro riff is heard once again, on its own, and just crushes you right in the face. It builds up with Searl’s vocals and introduces the listener to a great solo by Gale.

The second track “The Bridge” showcases the talents of Johnston and Carrano collectively as they hold down the groove. Gale comes in with a slow, earthy guitar riff. The dynamics of the band are on display for all to hear. Searl sings in a lower register, but by the second verse, his aggressive, yet soulful voice is driving this song. As he builds into the chorus, this fast moving train is firing on all cylinders. The mid section of the song is all Johnston and Carrano, as Gale plays over top of this precise piece of musicianship. Searl keeps impressing, with his very real vocal performance. That isn’t easy to say these days. There is so much out there that I choose not to listen too mostly due to fake vocal performance and lack of talent. “A Little Dodgy” starts with a great Gale guitar riff, which seems to be what Gale does best. Searl’s vocals follow along as Carrano is keeping the tempo on the high hat. The band then kicks in heavy. It sort of reminds me of North Carolina band The Nixon’s song “Baton Rouge.” Just that really heavy groove guitar thing. As I’m listening to Gale’s guitar sound, I have to set the record straight.

In my review of Punishment’s show at The Rockpile, I was inaccurate in what I said about Gale. Yes, he did use a Gibson Les Paul Gold Top, but I mentioned that it sounded like everything was in Drop D… Not to be from Gale’s mouth, as he conveyed to me very seriously, everything is tuned down to B on the E string. I will also set the record straight in terms of my review, that although there was a Mesa Boogie cabinet on the stage that night at the Rockpile, Gale informed me that he indeed used a Marshall, side washed with two mike’s with the volume turned down. Makes for great sound on stage as well as through the PA. So I do apologize to all that read my review, and to Gale himself, I was wrong and I am always the first to admit that. Getting back to “A Little Dodgy”, I have to say this track is so infectious. The guitar is in your face. I totally understand this guitar tuning. It’s different and innovative. As for Searl‘s vocals, he may be my new favorite vocalist. Searl has such a cool southern twang to his vocals, which adds such great character. At the same time, Searl is heavy. Does that even make sense? It’s hard to put a finger on it, but it’s so damn cool regardless.

The drumming of Carrano is outstanding. Very dominating. As for bassist Johnston, he is doing his job to keep the backbone of the band steady and even. “Mason Jar” slows things down a bit and sounds very comforting. Gale is heard on the acoustic guitar and there is slight piano played underneath this eclectic piece of music. Searl’s approach on this song is so southern rock flavoured, that Ronnie Van Zandt himself would be envious. Mid song, the drums and bass kick in. From there, the opening acoustic riff reappears. Gale plays melodic acoustic solo over top. Nice mood changer on an already stellar listen.

The next track is one that Eric Clapton fans will recognize. Hey, let’s be honest, if you don’t know this song then you’ve been living under a rock somewhere in Colorado, waiting for the mountains to turn blue on your warm can of Coors Light. “Cocaine” starts with a nice rhythmic run, then goes into the distinctive, catchy riff. It’s so cool and heavy. Gale’s interpretation of the classic riff is slightly different, making this version of “Cocaine” their own. You could say that Punishment now owns this song. Searl‘s vocals are smooth as silk. Gale’s guitar solo is really nice too, not overplaying at any time. Feeling every note as if they were his last. Then I ponder, maybe I’m wrong about my previous statement of Gale. Is it soloing that Gale does best? The rhythm section keeps the solo moving nicely behind Gale’s amazing soloing. The band then breaks it down, playing nicely and easily adding a great dynamic. Then it’s balls out from here. It’s in your face when you least expect it. Very well done.

“Little Sister” is up next and the intro features a great rhythmic beat by Carrano. The guitar comes in, playing a slow steady riff. Searl adds his vocal touch as the song is building. Gale’s guitar sound is so full with amazing tone. Come mid song, the bass of Johnston is heard nicely in the mix as they breakdown before the solo. Johnston keeps it flowing. A few great screams are heard by Searl near the end, as he induces his cool vocal swagger on the listener. “Mountain” keeps this superb album moving. It starts off slowly and progressively builds into another Gale riff in that heavy B tuning. As the verse approaches, the band changes gears, using dynamics at their finest. This is a song of ups and downs but it gives the listener a great feeling overall. A feeling of power and aggression is what this song is invoking for me. The playing is so precise. I can’t help but notice the musicianship of all four members. The song ends with a nice vocal by Searl as the band plays out. A very well formulated, greatly written composition. “Too Far Gone” features Gale’s guitar, Carrano hitting his bass drum and Searl singing over top. Building, building… Or so I think, but it remains slow. Gale plays another melodic solo… Searl’s smooth delivery moves along the verses. Finally, here it is, the build to heaviness, well somewhat, with Gale playing melodic leads under Searl’s vocals.

Like all good things, everything must come to an end. But the nice thing is I can push play again and start this whirlwind of an album all over again. “Southernbound” starts off with a strange, yet cool intro, but once the music comes in, it hits you… In reference to Queensrÿche on Empire, “Like a ten ton heavy thing”. Gale’s in your face guitar is right there, with Carrano and Johnston holding down the killer groove. Gale’s solo is precise and nicely thought out. Gale plays some fast licks and then switches back to those sweet, melodic notes on that beautiful Gibson Les Paul. Searl sings out the chorus and sounds a little angry, swearing off to whoever may be within ear shot of his powerful aggression. And there we have it… It’s over!!! Push play again? I think so!

As you are probably able to tell, I absolutely love this album. If you’re looking for something heavy, with a slight southern flavor and very well written songs, I highly recommend Punishment‘s Remnants Of Things Left Unsaid. Every track stands on its own and is its own entity. For me, living in the greater Toronto area, it is refreshing to know that I can jump in my car, cruise down the 401 highway and see a great live band on a regular basis. It honestly hasn’t been this way in Toronto, for me, for a very long time. There are bands that play around, but they’re really not my thing. I don’t know if it’s because I’m older and these bands are so young. I can’t really relate maybe. I wish every band out there, playing and doing their thing, all the success in the world. For me, Punishment has caught my attention and I will continue to support them. I am asking, but not begging, please check this album out. You will not be sorry.

Punishment playing “Southernbound” live at The Rockpile in Toronto, Ontario, Canada on April 10, 2014: