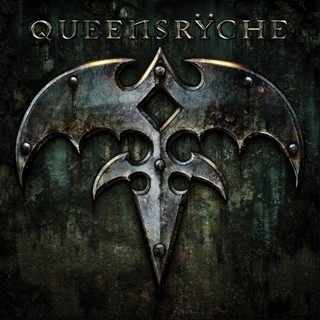 Review:
For the same reason that the 2006 James Bond film ‘Casino Royale’ was not a sequel to the previous Bond films featuring Pierce Brosnan, and appeared to audiences as a brand new start, the latest album by Queensryche has very little to do with their last release Dedicated To Chaos. Queensryche have switched lead singers after 30 years with Geoff Tate, and just as the Bond franchise moved forward with Daniel Craig, the Seattle rockers are moving on with Todd La Torre. Some people would rather previous singer Tate have carried on with the band, but this re-booted Queensryche shines on their first album, as did ‘Casino Royale’ and the two films with Craig that have followed. Geoff Tate‘s last spectacular song with the band was 2011’s epic “Hard Times”, which sadly was just a bonus track on Dedicated To Chaos, but in reality the singer has never made a finer song in his career.

Most casual fans remember Queensryche from their 1990 breakthrough CD Empire — myself being one of them. The album had four mainstream hits, a giant tour, and massive promotion that left a lasting impression. The next release, Promised Land, had its moments but suffered from questionable choices for singles and I think it showed in its legacy. From 1995 until 2012 the band seemed to wade through albums and releases, coming close to being mainstream stars, but unfortunately being held back by their genre which, depending on who you ask, seems to be metal, progressive, ‘thinking man’s metal’, power metal, etc. — none of which do this album justice because its classification is none of the above, and that’s the biggest sigh of relief on display here. This record gives off more of a strong vibe of recent releases by modern bands such as Underoath, Armor For Sleep, or Silverstein, than any of Queensryche‘s ’80s metal peers, which makes it more of a 2013 debut by a band who just happens to have a 30 year legacy in its back pocket. Get these guys out of the casinos and get them on a grander stage — and this is the album to do it with!

The new self-titled album, even at the beginning “X2”, reminds me of the film ‘Casino Royale’ in its reintroducing the four previous Queensryche members (Parker Lundgren, Michael Wilton, Eddie Jackson, and Scott Rockenfield) and builds up to show off Todd La Torre as the new singer — the same way that film used the black and white opening to introduce Craig as James Bond. You get a creative atmospheric track that alludes to the fact that this is an album to hear from start to finish, which explains the 35 minute run time. Initially fans were questioning its shorter length, but once it starts you understand why — it’s the perfect length. It’s recorded to be listened to as a whole, and in essence I feel like I’m listening to a movie from start to finish.

“Where Dreams Go To Die” shows off Lundgren‘s songwriting, and introduces La Torre as the powerhouse vocalist he’s been promoted as — you’ll hear this on the lead up to the chorus. This was the second single released by Century Media and has done well online. That song leads right into “Spore”, which was previewed for fans on the initial album ‘trailer.’ This is the first time La Torre reminds me of Josey Scott from Saliva, which is a very good thing, and I hear a healthy mix of both Scott and Underoath‘s Spencer Chamberlain. This is one of the two incredible centerpieces of the album and by the end of this song it’s clear that La Torre is here to stay. “In This Light” immediately made me go through my Saliva CDs and head straight to the song “Storm” from their hit album Back Into Your System — nice job Todd!

The first single “Redemption” is next, which we’ve all heard and already love. It seems to be the only real break in the song cycle, which makes it stand out more in sequence. The song definitely channels in ‘Frontiers-era’ Journey, which again, helps it along. Things pick back up with “Vindication” and its outstanding chorus. Here we really get to meet the depth of La Torre‘s voice as he seems to channel Shane Told, singer of Silverstein, and more of the band Underoath. “Midnight Lullaby” and its counterpart “A World Without” take me back to James Bond again, as Wilton‘s intro could easily make you think of the movies’ classic theme and that vibe/orchestrated atmosphere. This could very well be the perfect Queensryche song. It is easily their finest song in 30 years, eclipsing even the entire Operation: Mindcrime album with one song — but you need to hear the tracks back to back to appreciate it. “A World Without” is a perfect mix of Garbage‘s “The World Is Not Enough” and Sheryl Crow‘s “Tomorrow Never Dies” — it’s simply made to be a Bond song anyway you spin it. The orchestrations and Pamela Moore‘s surprise appearance makes it the centerpiece of this album. This is the greatest Queensryche song ever, and shows their true potential. Here they forget about all classifications and metal genres and just make amazing music — note to band: keep doing that. Turn this song up and you will forget there was once a different singer is this Seattle band.

We move right into a harder edge with “Don’t Look Back”, which you can easily be caught singing along with while walking down a busy Chicago street, which I plan on doing this summer — this record is going with me everywhere. The song’s twin “Fallout” will have that same effect as it’s easy to sing along with La Torre on your headphones. He’s got the unique and versatile voice that this band should’ve found first in 1982. “Open Road” lets us down easy from this amazing re-boot of Queensryche and is a perfect song to end a roller coaster ride of an album.

Just as longtime James Bond fans have accepted Daniel Craig, a huge portion of the Queensryche fan base has welcomed La Torre in the role of helping to christen this as ‘Queensryche’ for 2013. In saying that though, through the album I hear influences like Silverstein, Underoath‘s outstanding 2006 CD Define The Great Line, and Norma Jean‘s Redeemer. The production work of James ‘Jimbo’ Barton is beyond perfect, in that it steers Queensryche away from all the metal sub-genres that may have held them back in the past, and showcases this band in places like “A World Without” and “Spore” as doing their own thing. For that reason I will have to give this album five stars, for avoiding the ‘progressive’, ’80s metal’ or Fates Warning/Iron Maiden‘ style they could have relied on going in. Here the producer bypasses all of it and speeds the band into 2013, as J.J. Abrams recently did with Star Trek. Abrams did for that particular franchise what producer Barton and singer La Torre have done for Queensryche — listen to this album as a whole.