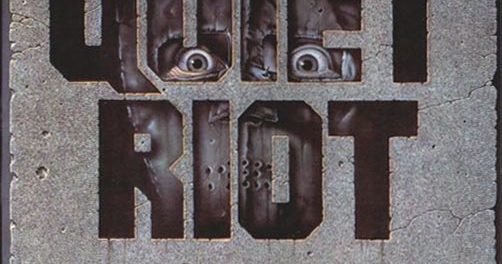 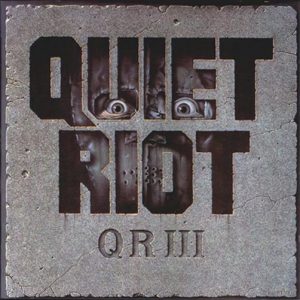 Review:
Today marks the 30th year anniversary of the release of Quiet Riot‘s forgettable album, the aptly named QR III. To some, that album represents Quiet Riot‘s fifth album after the first two Kevin DuBrow/Randy Rhoads led albums, the blockbuster breakthrough album Metal Health and the solid but fairly unappreciated follow up Condition Critical. So why would a band call its fifth album QR III? I am not going to bother searching for the answer because QR III is really not that good of an album.

I have to admit that it has been at least 25 years since I heard QR III in its entirety and there are two main reasons. Firstly, I bought QR III on vinyl given that for a couple of years in the ’80s, I started buying vinyl records rather than cassettes and that was before switching to CDs. Given that I have not had a vinyl record player for more than 20 years now, my vinyl version of QR III has been gathering dust in my basement for some time. Secondly, QR III is simply overall one weak album and an obvious attempt by Quiet Riot to score the big one again after Metal Health. With Van Halen selling over 10,000,000 copies of their keyboard heavy 1984 album in the US alone and bad boys Mötley Crüe going glam with Theater Of Pain, Quiet Riot followed the bunch with what has to be seen as a real sellout.

You might think that I hate every song on QR III but that is not the case. There are a few good tracks on it and listening to the album 25 years later reminded me that I always had a hard time getting through the album after the first few songs. “The Wild And The Young” is a catchy anthem type song that is hands down the best track on QR III. “Twilight Hotel” is a beautiful ballad and frankly one of the best that Quiet Riot ever came up with. “Put Up Or Shut Up” is a cool rocker with an early Mötley Crüe like guitar riff and a big chorus. If anything, DuBrow‘s voice is the one feature that identifies this mass collection of mostly keyboard heavy tracks as a Quiet Riot album. Without DuBrow‘s easily recognizable voice, you would really never know that the music being played is from Quiet Riot.

The rest of the songs on QR III are entirely forgettable. “Rise Or Fall” had loads of potential but got watered down with those keyboards. “Main Attraction” is the opening track on QR III and the listener’s first major warning that Quiet Riot have sold out going heavy on the keyboards in their quest for renewed success in the same vein as Metal Health. “Bass Case” is a real head scratcher. Why on earth did Quiet Riot essentially put an uninspired bass solo as a track on the album? Was it as an incentive to bring new bassist Chuck Wright into the fold? Enough said about QR III. It’s time to once again retire QR III for another 25 years.

Quiet Riot‘s “The Wild And The Young” video:

quiet riot – the wild and the young

better quality than the other one on here