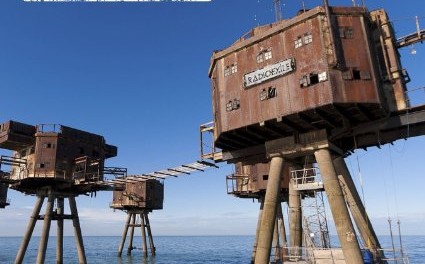 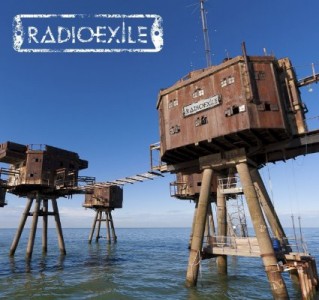 Review:
In my quest to ensure that I have listened to as many good albums as possible to compile Sleaze Roxx’s Top Ten Albums of 2015, one album that I was determined to listen to from start to finish was Radio Exile‘s self-titled debut album. The reason was two-fold. First of all, I was impressed with what I heard in terms of the first single “No Pity On The Highway” released by the band. Second of all, I remembered that towards the end of last year, I picked up melodic rockers H.E.A.T.‘s album Tearing Down The Walls after reading time and time again that the album was one of the best of the year. Since that turned out to be right in terms of H.E.A.T.‘s 2014 release, I was hoping that this would be the case as well with Radio Exile‘s self-titled debut album given that from what I had seen, or at least what the band had published on its Facebook site, Radio Exile was getting a lot of very positive press.

As I started listening to Radio Exile and leafing through the CD booklet, it became obvious to me that the band Radio Exile was keyboardist Charlie Calv‘s baby given that he wrote (or co-wrote for one track) all the music on the band’s debut album and co-produced all the tracks. While there is nothing wrong with that, it seemed that there might be too much emphasis on keyboards on Radio Exile‘s debut album and that turns out to be the case to a certain extent. While the keyboards are not overly emphasized, guitarist Jimmy Leahey‘s guitar playing does seem understated at times. The songs are lighter fare rock than what I would usually listen to and what the first single “No Pity On The Highway” suggests. That being said, even though the songs are lighter fare melodic rock than what I usually listen to, they are all solid songs — and that’s even including the faster paced ballad “Feels Like Home.” Whether the hard rock / heavy metal community will embrace Radio Exile‘s debut album is a question that remains unanswered at this time but it definitely has the potential to transcend a few of the musical genres out there.

Personally, I would have liked most of the songs — an example being “Higher Than The Sun” — to have a bit more edge to them and a more guitar oriented sound. Part of what makes the songs on Radio Exile so good is singer Chandler Mogel‘s voice. Man, that guy’s got a great voice and sometimes it’s his voice that carries the songs for this sleaze rock / heavy metal lover even when they stray — likely intentionally – into pop rock territory with sometimes gospel like background vocals such as on “Starting Over.” In a way, it’s good that Radio Exile‘s first single was their heaviest track “No Pity On The Highway” because had they come out with any other track, I would have likely dismissed the band and not given their album a real shot.

Radio Exile is definitely lighter fare rock but the songs on it are well crafted and executed, and Mogel‘s voice alone is worth listening to.