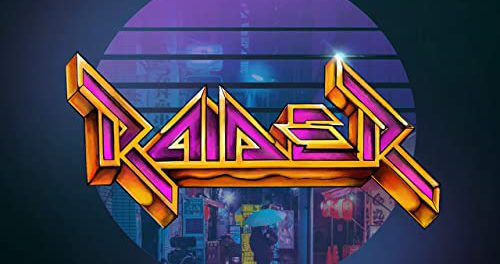 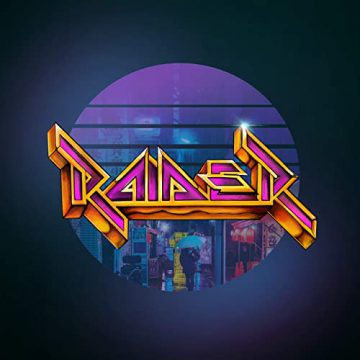 Review:
Fans of melodic catchy hard rock can rejoice with the arrival of Tokyo, the latest release by UK rockers Raider. Fronted by the 2019 UK version of The Voice contestant Mike Platt, this South Wales group step up their game delivering this four-song EP after a trio of one-off singles from June 2019 to April of this year. Continuing down the ’80s/early ’90s route, Tokyo is a must grab for fans of melodic, power-pop infused hard rock and roll loaded with hooks, driving beats, clear powerful vocals, and of course, great guitar solos. Plainly put, if you dig bands like Stryper, Ready To Strike era King Kobra, and even more recent melodic rock bands like Belgium’s All I Know, you’ll definitely dig Raider.

Starting things off with the title track, the mousetrap is set with an ease in of ’80s sythesizer and guitar before the band fires off power chords a blazing into catchy rock and roll along the lines of a band like Bronz. It’s a very infectious track for anyone into great hook-loaded AOR with great lead and background vocals, and the solo is that perfect mix of melodic poise and technical dexterity. The talk-break is a bit campy but why does AOR always have to be so maturely serious anyway? Been a minute since I’ve heard some good, clean infectious rock and roll like this.

As if to say “Hey, we’re not just a heavy pop band”, Raider tear smack into single “Boys Will Be Boys”, a fast track seeping with all the raw energy Raider can muster including blaring vocal, pounding drums, and again, some choice guitar that doesn’t just rip, it does so while not stepping all over the song itself. Did I mention that Platt has some pretty impressive pipes? “Going Down” is as expected — Raider‘s token macho sexual bravado tune and luckily for the band, Platt pulls it off without coming off too cocky. The verses flow very smoothly yet aggressively, and while it caught me off guard, the jazzy break leading up to the solo is one of the cooler non-rock and roll breaks I’ve heard in a while. The only weak spot on this entire album though is on this one as the “Get Ready” back up chants seem more forced than fierce.

Raider bring back the keys for a sec on the start of closer “Begging for More”, but then once the song gets down to business, it’s all chunky gravy much like the above mentioned All I Know especially on the riff and the chorus hook. Tokyo finishes up much like it starts, with great catchy old school melodic rock that while containing a bit of a pop element, is still loaded with energy and lots of great guitar riffs.

Seems that I only come across these kind of energetic throwback albums once in a great moon so when I do, it’s a pleasure as I’m a sucker for hooks pushed along with power and Raider definitely has the talent to pull off that type of rarely heard melodic rock. Much like I fell in love with All I Know‘s Vanity Kills a few years back, I have been bitten by the Raider rock and roll bug to the point that several times while working on this review, I just moved over to the couch and let the songs crank throughout the studio.

This band, which I have to assume are made up of members still relatively young in age, have pulled together a great four-song EP that leaves you wanting more without making you feel the least bit cheated. Once the last song was done, I was more interested in playing it again than I was bummed that there weren’t more tracks and I think that has mostly to do with how each track was diverse enough on its own while still sticking to Raider‘s attempted sound and style. Yeah, my mind has questions like “What’s with the band’s name” or “Why Tokyo” but my ears are pleased enough to not stress over such unimportant things and you shouldn’t either. Instead, head over to Raider‘s Bandcamp, hear for yourself and then download this great 2020 EP!