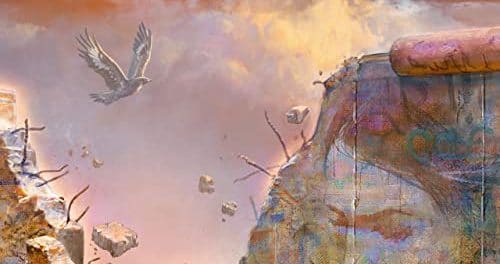 Review:
I almost didn’t listen to Rainium‘s album Sounds of Berlin when I first heard the opening track “ET (Et Toujours).” It sounded so foreign with a female singer singing about love in French with just an acoustic guitar backing her up. I quickly checked how long that the track was going to be and luckily it was only 24 seconds so obviously it was simply a weird type of intro song. I also remembered that Rainium‘s press release accompanying their CD described the band’s sound as “hard rock” or something in that vein so I decided to wait and see what would come next. What I took from the opening song “ET (Et Toujours)” was that it was a terrible way to start what would later turn out to be a pretty good album. You can only make one first impression and Rainium almost lost me with their terrible opening track which was really an unnecessary interlude lasting 24 seconds.

Luckily, the next track “Two Friends” started off with a solid guitar riff and built from there into a fairly slow paced melodic track with some extended guitar solos. I would actually classify Rainium‘s sound as slower paced, slightly heavier melodic rock without any sappy keyboards and with some cool extended and melodic guitar solos. Michael Voss has a solid voice but that sometimes gets overshadowed a little bit by the guitars on the record. The first four actual songs — “Two Friends,” “Sounds of Berlin,” “In The Dead of Winter” and “Farewell” — are all solid old school style tracks with lots of melodies. “Right Here Right Now” has a different feel to it with guest female vocalist Ilo Schnittchen singing over a sometimes ballad, sometimes rocking song. The track is a little bit confusing as the slower guitar solo in the middle of the song doesn’t quite fit in. It’s almost as if that part was written at some other time and simply plopped into the middle of the track for no good reason.

“Just The One” is probably the most commercially accessible song and has a real good melody t0 it. I could picture it being played on “easy rock” type radio stations. “Gypsy” returns the band to a harder more rocking sound, which I definitely prefer. It would likely be my pick as the best song on the album. The start of “Wake Up” signals that the track could be a really powerful rocker but I guess it’s not in Rainium‘s nature because they inexplicably slow it down for the chorus and kill the potential power of that track. It’s really a missed opportunity despite the excellent melodic guitar solo that Jay Parmar delivers. The album closes with three songs that could have easily been omitted. Do we really need another version of “Right Here Right Now” with two vocalists rather than one? Do we really need an instrumental version of the track “In The Dead of Winter”? And do we need an alternate demo version of “Just The One”? The answer is the same to the last three questions — “no.” I’ve never liked when bands provide alternate versions of songs at the end of a record. Just give us your best version of each track and leave it at that.

Overall, Rainium‘s album Sounds of Berlin is enjoyable to listen to but would not be a “go to” record by any means. I think that a little more work on song structure and knowing when to slow down (or not) certain songs would go a long way to improve some of the tracks on the album.