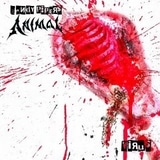 Review:
Writing a review sometimes turns out to be quite difficult, especially if you don’t usually like the style you expect to hear. That’s exactly the case with Randy Piper’s Animal‘s third album Virus. Randy Piper once played in W.A.S.P., so I was expecting a record full of typical early to mid 80’s American metal songs, which isn’t really my cup of tea to be honest. But then, halfway through the disc, I was thinking to myself, damn this sounds good and nowhere near as ‘metallic’ as I thought it would be.

The first four tracks are a fine example of just how diverse Randy Piper’s Animal sounds. The opener “Cardiac Arrest” is a heavy cracker somewhere in the middle of W.A.S.P. and Lizzy Borden, and is a great way to start spreading the Virus. It is followed by “Can’t Stop”, which is a much sleazier affair and shows that Chris Laney (Crazy Lixx and Crashdïet producer) was the main force behind songwriting duties. The sleaziness is reduced dramatically on “Don’t Wanna Die”, but it fits into the whole album quite the same way as “It’s A Miracle” did on Crashdïet‘s debut Rest In Sleaze, and in the 80’s it would have been a melancholic pop-metal anthem. “Crying Eagle” takes the heaviness to another level but it sounds much more like European metal, closer to Hammerfall than W.A.S.P.

Judging from this review so far, you might get the impression that Randy Piper’s Animal haven’t really found their sound, but the second half of the disc is much more in the same style of “Cardiac Arrest”, although not always reaching the same level. “Zombie”, a cover of The Cranberries hit-song, once again shows their pop touch, but hell they’ve improved it so much that I was not only able to listen to the song, but I actually found myself singing along.

Overall, Virus is an enjoyable disc, especially if you can imagine a mix of metal, hard rock and sleaze. Chris Laney‘s production is once again brilliant, Rich Lewis‘ voice is in very fine shape and the whole album rocks. Virus may not be a stand-out, but is a very solid effort!