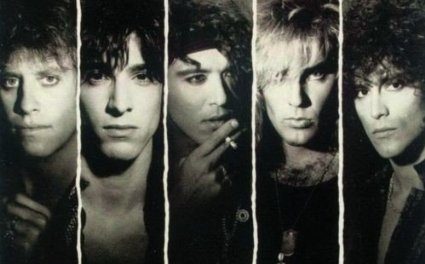 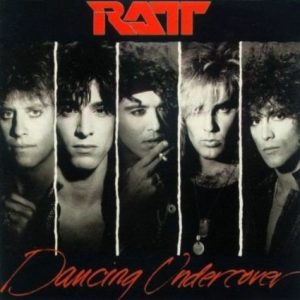 Review:
Hard to believe this album is 30 years young! Looking back at 1986, what a killer year for album releases! Van Halen, David Lee Roth, Iron Maiden, and many others including Ratt who decided to do the opposite of what many were doing and that’s record a stripped down rock n’ raw album…

“Dance” — First impression of the lead single is man, Ratt are stripping down the sound. Gone is the high gloss of the two previous Atlantic releases (Out Of The Cellar and Invasion Of Your Privacy) and the ladies are boarding the Greyhound bus towards the Ratt show. Warren DeMartini — like he always does — plays some blistering rock guitar and carries the tune. This is a good lead off number and proves that Ratt N Roll is alive and well…

“One Good Lover” — “Dance” barely ends and it’s into “One Good Lover.” That’s the thing with this album. The songs are coming at you fast and furious as there is hardly any space between them. The guitars are mixed raw and I can honestly say here and I might be setting myself up for some debate, this may be Ratt‘s version of Aerosmith‘s “Done With Mirrors.” Track two and this record is dripping with sleaze ball rock.

“Drive Me Crazy” — This song is a straight ahead no-nonsense rocker and features the late Robbin Crosby on lead guitar and such. This record is starting to feel like there’s gonna be no ballads, I mean if there is, it’s gonna be a raunched out love song — whatever the hell that means!

“Slip Of The Lip” — Real cool song! It kind of does have that old school Aerosmith feel to it. “Slip, slip, slip of the lip” bellows Stephen Pearcy and sidekick DeMartini delivers the tune on his painted up Charvel guitar. Man, you feel the sleaze dripping with grease from this tune as it slips and slide all over the map and why wouldn’t it? They’re from LA!

“Body Talk” — Yep! Another single and this was on the Eddie Murphy movie that flopped (Golden Child) but this song is not a flopper as it rocks! Bobby Blotzer blazes his drums in a double bass fashion and ha ha ha, he looks like he’s about to code blue at any moment! Another ripping solo and that seems to be the deal with Ratt as long as DeMartini is writing guitar riffs, Ratt are safe… somewhat…

“Looking For Love” — Side 2 begins with Pearcy slinking around “Looking For Love” and with any Ratt record, yes, it’s the guitars that carry the tune. But it’s also bassist and backing vocalist Juan Croucier who you can hear in all the Ratt tracks and his voice blends well with Pearcy‘s (ahem) vocal style!

“7th Avenue” — For me, this is one of the highlights from Ratt. It’s a slower tune but with all those ’80s elements of more sleazeball LA rhythms from the original Ratt bastards. This song for me oooooozes cool! The verse has Pearcy slinking around vocally looking for that late night score on “7th Avenue” and the chorus just delivers it and slams it out of the park! A tune that should be heard is this one!

“It Doesn’t Matter” — This song bounces along at a Ratt like style. This is another one of those albums that the songs are still snappy towards the end and for me that’s always a gauge of good rockin’ coolness! Croucier is cranked up with his backing vocals and man, that’s always a good thing

“Take A Chance” — Pearcy is staggering around the local Holiday Inn bar circa 1986 scoring chicks and would you the lady reader here take a chance? Ha ha ha… The song fits in nicely and if we’re keeping score, there’s no snoozer like power ballads here so far! And hey, even after all these years later (2014), I can honestly say I can listen to this album front to back no probs… no probs whatsoever!

In conclusion, I would have to say — as some of you may be snickering at this review — don’t judge a ’80s hair metal rock act by their look! Listen with your ears people! Ratt for me was not rocket science but just straight ahead good time rock n’ roll! Ratt didn’t care either. Look at the cover (the picture for the vid of “7th Avenue” is the cover) for this record, they don’t give a shit. It’s just their mugs. The packaging to this record was pathetic but man, the grooves inside rocked and for me, that’s all that matters!

Ratt‘s “Slip Of The Lip” video: