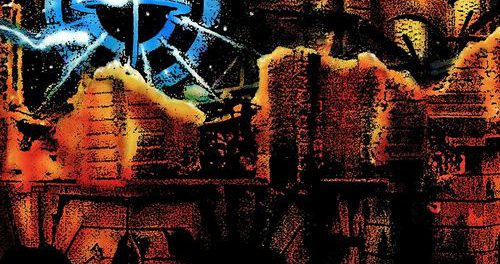 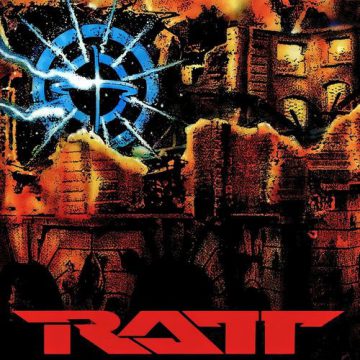 Review:
With music that frequents the speakers of strip clubs decades later, Ratt perfectly represent the gritty, sleazy part of ’80s glam metal. While Def Leppard tunes seemed sleek and over produced, Ratt brought an edge to the sound of that era. Detonator, the band’s fifth studio album, was an attempt to up the “glam” element as compared to their previous albums. The line-up featured Stephen Pearcy, Robbin Crosby, Warren DeMartini, Juan Croucier and Bobby Blotzer. This was the last album featuring Crosby, who died in 2002.

After the 55 second “Intro To Shame”, which I think was unnecessary, “Shame Shame Shame” begins with a killer guitar riff in usual Ratt fashion. The track is about having a girl cheat on you, which is something I doubt these ’80s rockers really cared about on account of women being readily available to them. Besides the bland premise behind the song, Pearcy’s unique vocals sound great along with the band. Glam metal band guitarists are often not taken seriously, but Ratt had some impressive playing thanks to Crosby and DeMartini. This track is a fun one for sure.

Probably the most popular track on the album, “Lovin’ You’s A Dirty Job” begins with a ripping guitar intro. The chorus is pleasing to the ear when it is delivered, which is the best element to this song. The lyrics are basically another song about loving a girl, but she doesn’t feel the same… blah blah blah. Aside from the mediocre meaning, the song is absolutely underrated. My opinion is worth just as much as the next guy, but this song is definitely better than “Round And Round” and I wish it was played more. “Scratch That Itch” is an ode to those who just can’t get enough of “the strange.” Nothing stands out too much here besides an awesome guitar solo. Blotzer also drums in that “chugging” way that gets your head bobbing. Other than that, this is nothing more than filler. Following that “masterpiece”, we get a song that can turn a stomach. “One Step Away” is basically what a Ratt song would sound like if they were possessed by Poison, The Exorcist style. Just a bunch of cheese-ball filler.

Finally getting back on track, “Hard Time” brings us a surprisingly heavier side of Ratt. There’s no denying that the riff in the beginning was great along with that drum build up. From what I can piece together, it’s a song about being homeless and the struggles that come about from not being able to make a buck. I think a lot of listeners who prefer heavier metal could appreciate this one. “Head I Win, Tails You Loose” is about karma, which everyone can relate to. The chorus is catchy for sure, but do you recognize that other singer featured on this track? That’s right, the glam metal man himself, Jon Bon Jovi, is featured on this track as a guest vocalist. Surprisingly, Bon Jovi and Pearcy sound pretty good together. This tune isn’t half bad.

Blotzer certainly deserves credit on “All Or Nothing” for making such a simple drum beat rock. I hate to use this term, but he really “swings” in this song. Aside from that, this track is really just typical Ratt. “Can’t Wait On Love” is a less than subtle song about wanting to bang and nothing more. With enlightening lyrics like “I’m the key that fits your lock” and “Let me slide in, way in deep” it is a wonder how the songwriting of the Ratt boys aren’t placed above Lennon / McCartney.

“Givin’ Yourself Away”, a rare Ratt power ballad, is just as cheesy and skippable as any other power ballad. I get that some people enjoy these types of songs, but they all seem to sound the same after hearing them over and over. A ballad is something I do not want to hear from Ratt. I listen to Ratt because they bring the grit and grime to the forefront, not the cheesy and poppy elements. Yes Poison, I’m looking at you. Saving us from that mistake, “Top Secret” finishes off the album. This track is very uptempo, with a thundering bass line that definitely stands out. This is a great song to end the album with, and I’m glad they did.

Detonator is one of those albums that has a lot of bland material, but contain some gems. I’d say that it is pretty decent overall, but it’s definitely no Out of The Cellar or Invasion of Your Privacy. Ratt have always been pretty consistent compared to other bands of the genre. Sure they’ve had some dud songs, but they have always released solid music that you can count on being good.