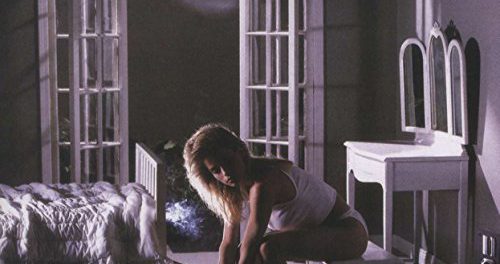 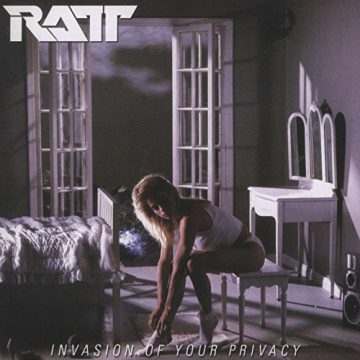 RATT
INVASION OF YOUR PRIVACY
Released on June 13, 1985 (Atlantic Records)

Review:
Back in 1984, I “discovered” heavy metal music back and I was introduced to the genre through groundbreaking and stellar albums such as Ratt‘s Out of The Cellar, Twisted Sister‘s Stay Hungry and Mötley Crüe‘s Shout At The Devil. Being a rather young lad at the time, I was under the naïve impression that these bands in particular would continue to issue one great album after another with each being comparable song quality wise to the ones previously mentioned. I now know better… As it turns out, only one of three aforementioned bands was able to return with a comparable and worthy follow up album to their magnum opus from one to two years before. After releasing one of the greatest ‘hair metal’ records of all-time with Out of The Cellar, Ratt came back with, well, another of the greatest ‘hair metal’ albums of all-time with Invasion of Your Privacy.

Truth be told, when I heard Ratt‘s first single “Lay It Down” from Invasion of Your Privacy, I was a tad disappointed but once I heard the entire album, I realized that song for song, Invasion was just as good, if not better, than Out of The Cellar. Invasion also felt like it had a crisper and more consistent sound and production than Cellar. Tracks like “You’re In Love” (which also got the video treatment) and “Never Use Love” were among the very best songs that Ratt had ever come up with. The chorus section of the songs were also slightly catchier with easy to sing along tracks (but rather long titles) such as “What You Give Is What You Get”, “You Should Know By Now” and “Dangerous But Worth The Risk.” It felt that Invasion was heavier sonically but with more melodies than Cellar. Lead vocalist Stephen Pearcy in particular sounded really good on the record. Pearcy has always seemingly been one of those singers who sounds great on a record (after who knows how many takes) but struggles live to duplicate how he sounds on an album.

One interesting thing about Invasion of Your Privacy is that there were writing contributions from every member except drummer Bobby Blotzer. While it’s understandable that Pearcy would have co-writing credits on nine of the ten songs on the record since he likely penned most of the lyrics, guitarist Robbin Crosby ended up with five co-writing credits, bassist Juan Croucier had four while guitarist Warren DeMartini had three. In a way, that bodes well for Ratt fans in the future as the tandem of Pearcy and Croucier is still alive and well in the band, but that is a subject for another day. I will mention as well that the guitar work from Crosby and DeMartini is really solid on Invasion with the guitarists not overplaying but delivering memorable riffs and solos throughout the songs.

Ratt‘s Invasion of Your Privacy is probably one of the records that I have listened to the most during the ’80s and I still love it just as much 35 years later. While Ratt delivered an amazing follow up record to their debut full-length album, Mötley Crüe and Twisted Sister stumbled big time during that time period with their respective follow up records consisting of the commercial sell outs and downright embarrassing Theatre of Pain and Come Out And Play. Unlike their contemporaries which also included Quiet Riot (with QR III), Judas Priest (with Turbo), Iron Maiden (with Somewhere In Time) and to a lesser extent Dokken (with Under Lock And Key), Ratt never got caught up in trying to sell out by going the real commercial route.

At the end of the day, for a band such as Ratt to have another record that is on par with its much loved breakthrough album Out of The Cellar speaks volumes to the quality of the former and Invasion of Your Privacy is a more than worthy follow up to Out of The Cellar. It’s worth noting as well that Sleaze Roxx readers were quite divided a couple of years ago on which Ratt album was the best with Cellar just edging out Invasion by a surprisingly quite narrow margin.

Ratt‘s “Lay It Down” video: