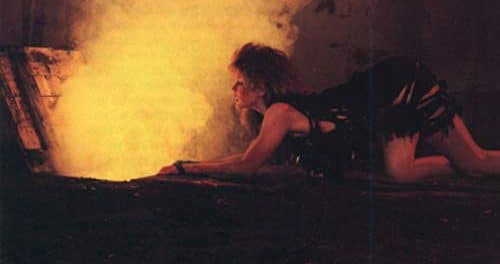 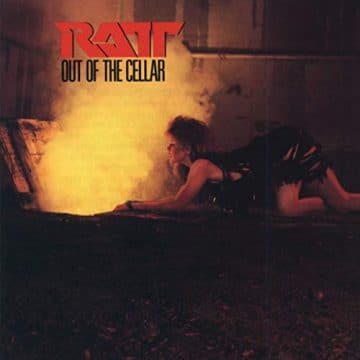 Review:
There is no need to say that Ratt‘s debut full-length album Out Of The Cellar holds a very special place in my heart. It’s the third album that I ever got in cassette format after Billy Joel‘s An Innocent Man and Van Halen‘s 1984, and while the latter album opened my eyes and ears to hard rock music, Ratt‘s “Round And Round” single and Out Of The Cellar album opened the floodgates to my still unquenched thirst for hard rock / heavy metal music.

Back when I was a young lad, I would make lists of my favourite songs (which would almost be an impossible task now) — sometimes daily — and I believe that at least four of the songs on Out Of The Cellar topped my favourite song chart at one point to another. If you’re wondering, the four tracks in question were “Round And Round” (of course), “You’re In Trouble,” “She Wants Money” and “Lack Of Communication.” It’s no surprise to see that Out Of The Cellar finished at #3 on Sleaze Roxx‘s poll of the Top 12 albums that have stayed with Sleaze Roxx readers back in 2016 (behind only Mötley Crüe‘s Shout At The Devil and Guns N’ Roses‘ Appetite For Destruction). Out Of The Cellar finished among my own Top 12 as well.

Thirty five years after its release, Out Of The Cellar still holds up really well. In fact, it’s one of my favorite albums of all-time. Funny enough, some of the tracks that I find to be the weakest (and I use that term loosely since it’s a brilliant album) now such as “Lack Of Communication” and “Back For More” were some of my favourite tracks on the album back in the day. Obviously, “Lack Of Communication” is a rather simple song with its straightforward guitar riff so that one does get a little bit tiresome hearing it these days. While “Back For More” is not one of my favourites anymore, the song is still a staple at any Ratt concert. The only other track on Out Of The Cellar that I have always found a bit on the weaker side is “In Your Direction.” Aside from that, the remaining tracks on Out Of The Cellar are absolutely stellar and frankly, I never get tired of them.

When I listen to the record, what comes up first and foremost are the amazing melodies, Ratt‘s ability to let the songs breathe due to Stephen Pearcy‘s slower and well paced vocal delivery, and some truly kick ass and memorable guitar solos from Warren DeMartini. To me, Ratt were one of the first bands to incorporate tons of melodies and catchiness without compromising on the heavier aspects of a hard rock / heavy metal band. Interestingly, I wouldn’t categorize Ratt as “hard rock” but also wouldn’t label them as “heavy metal.” They walked that fine line of being heavier and sleazier than hard rock but not heavy enough to be considered heavy metal. The standout tracks on Out Of The Cellar are many from “Wanted Man” with its powerful intro, to the upbeat “You’re In Trouble”, to the hit single “Round And Round”, to the faster paced “She Wants Money” and “I’m Insane.” Just like that, I have named half the songs on the record. Perhaps the two most criminally underrated tracks are the heavier “The Morning After” and the fantastic album closer “Scene Of The Crime” which likely never got their just due to all of the other great songs on the album.

Back in 2016 once again, Sleaze Roxx conducted an informal poll on what were the readers’ favourite Ratt albums and to no real surprise, Out Of The Cellar took the top spot edging out the band’s follow up album Invasion Of Your Privacy. I don’t think that you can call yourself an eighties hard rock / heavy metal connaisseur without Out Of The Cellar in your collection. It continues to be one of my favourite albums of all-time and a groundbreaking album for the hair metal genre.

Ratt‘s “Round And Round” video:

RATT – Round And Round (Official Music Video)

You’re watching the official music video for RATT – “Back For More” from the album ‘Out Of The Cellar’.Subscribe to the Rhino Channel! https://Rhino.lnk.to/Y…