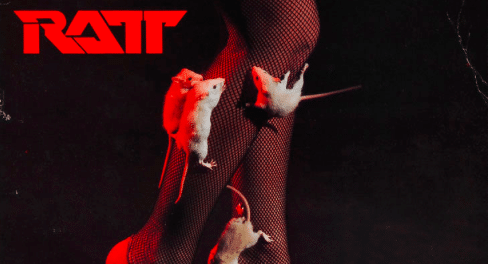 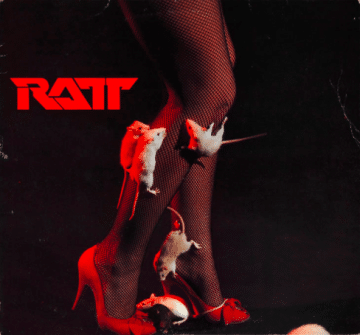 Review:
If the grand incestial family tree of ’80s L.A. rock and roll was any fuller, it would be akin to a major rush hour clusterfuck on any major city highway with rockers bouncing around from band to band faster than a silver ball banging around any ’80s Sunset Strip pinball machine. One of the biggest halfway houses to stardom could be found in the band London which spawned future members of Cinderella, Guns N’ Roses, Mötley Crüe, and W.A.S.P., who despite being a breeding ground for future rock stars never broke to huge mainstream success as a group but that doesn’t even come close to the rock and roll pedigree found in the history of Ratt, one of the ’80s biggest bands that boasted some heavy hitters themselves before finding that perfect line-up and then if that wasn’t enough, managed to mousetrap even more after their heyday.

Filtering through past and future members of bands like BulletBoys, Dokken, Ozzy Osbourne and Rough Cutt for several years, singer/founder Stephen Pearcy finally settled on the name Ratt in 1981 adding guitarists Robbin Crosby and Warren DeMartini that same year and then bassist Juan Croucier and drummer Bobby Blotzer the following year. While their Hollywood rock and roll counterparts were busy making tabloid news, Ratt meticulously crafted their own “ratt and roll” sound, look, and brand and in the end managed to make more news being apart than they did together.

Released August 23, 1983 on the band’s Time Coast label, Ratt took the energy of a fresh unknown band and tossed in a few weapons in the way of manager Marshall Berle (nephew of comic legend Milton Berle) and model actress Tawny Kitaen who would go on to further fame via album covers, videos and big screen cinema. But in 1983, the band and Kitaen were just on the cusp of stardom and were ready to unleash the original, filthy, ratt riddled EP on the world and perfectly set things up to come out of the Sunset Strip rock and roll cellar and spread ratt and roll to audiences worldwide. Hair metal had just started to run wild and Ratt were in on the ground floor (or in the cellar if you will) ready to shake the foundations with an invasion like no other.

As a kid mentored by such ’70s rock role models as Bowie, KISS, Alice Cooper, Aerosmith, and the Sweet, I had long been privy to rock mags like Creem, Circus and Hit Parader and in the early ’80s when cool import rock albums started appearing for order in ads, I took every bit of allowance cash and newpaper route dough and began the long manic routine of ordering and waiting for like what seemed forever to get records by cool bands I’d never heard but who had cool sounding names and album titles and even cooler looking clothes and album covers. Back then, you couldn’t just hit up YouTube or Spotify to preview a band and if it wasn’t in your local record store, you couldn’t even hope to get the goofball behind the counter to let you hear an album that looked cool. Back then, you took a chance although in some cases, one of the mags would occasionally mention a new band giving some insight into what they might sound like. By 1983, I was full on into bands like TNT, Vandenberg, Def Leppard, Girl, Hanoi Rocks, Saxon, Krokus, and a bunch of other up and comers due to the good fortune of a few early ’80s German rock festivals and those magazine mail order companies.

Of course, there was also the start of tape trading but that usually led to more rough sounding self-produced demos then and the long-time communal tradition of gathering together, each person’s latest albums in tow, and trying to top each other with the latest “hard to find never heard” albums in our personal collections. If you grew up on ’70s or ’80s rock, you know you did it. Took a chance on a bunch of cool looking records only to find one that is so freaking mind blowing that you are just dying to be the one to turn your friends on to it so you dub it on cassette and walk around boombox in hand or stick your stereo speakers in your bedroom window or beg mom to let all your greasy friends come over so you can share the miracle in what you believe is to be the greatest musical religious experience ever.  You didn’t? Bullshit! I know I did! And in 1983, that usually meant tearing up the hill to Rick Emond’s house to hear and play the hard rock creeping out of the metal underground.

Now Rick was this Canadian transplant who in 1983 had a couple things going for him — a new Trans Am and great growing record collection — which kinda offset the fact that he was slightly overweight and already fighting a thinning hairline but for me that was all unimportant. Rick had a good after school job and was always willing to cover the postage when we would scour the mail order ads and pick a few records to buy. We had already grabbed up the original version of Dokken‘’s Breakin’ The Chains and some cool early Quiet Riot Japanese imports that we both dug as well as many other cool NWOBHM bands on the way to building a tradition of hanging in his room rocking the latest bands when one day, I walked in to get hit smack in the face by a picture of a pair of legs with rats crawling all over them. Rick was obviously excited and began to ramble out some spiel about connections to Dokken and killer double leads and shrieking vocals when I brushed the hair back out of my face and defiantly replied “Oh yeah! Just play the fuckin’ record already!” And as I waited for that first crackle… his parakeet shit a tiny ring of poop on my shoulder. No shit, just as the first drums of the Ratt EP kicked in, that damn tiny bird crapped on me. Luckily for that little shit, the music grabbed me and for the next 20-something minutes, I was literally Ratt-trapped.

Starting off with the heart-pounding barrage of opener “Sweet Cheater”, the first expanded offering from Ratt takes off and even now, as it did when I first heard it, is angst-inducing and at times elicits goosebumps. Maybe it’s the music, maybe it’s the memories, maybe a little of both but whatever it is sure feels familiar and all these years later, it feels good to just feel, familiar sometimes. The CD re-release of this sounds cool but the original vinyl version (even ripped) still sounds the best with all the energy of a band young and raw and working on a shoestring budget. It’s Ratt pre-gloss high dollar production and much like Mötley Crüe’s original release of Too Fast For Love totally out rocks the major label re-release in terms of warmth, energy, and soul.

Considered the band’s first “official” single, “You Think You’re Tough” is every bit a Ratt must hear as future Atlantic album singles like “Round And Round” or “Lay It Down” and not only has every bit of the Ratt signature written all over it but also benefits from the energy of a band still hungry for success and filled with youthful rock and roll exuberance. For me personally, this was the track that got me completely hooked and geared me up to wipe parakeet shit off my shoulder and listen intently to the rest of the album.

“U Got It” appealed to the early Van Halen fan in me which I never found surprising as most L.A. bands at the time were influenced in some way by Dave, Mike and the Van Halen brothers. Having pretty much buried my head in the first four Van Halen records, this track (and later tunes like “Lack Of Communication”) banged at my heart and head the way Van Halen tunes like “Atomic Punk” and “On Fire” did years earlier. Maybe it took the rest of the world a minute to catch on that Van Halen was just an inkling of the rock seasoned by the salt waters of the nearby California beaches but come the early ’80s bands like Ratt were poised to infiltrate the world with a new breed (pun not intended) of rock out of the land of malls and movie stars and tracks like “U Got It” were an energetic example of what was to come.

As if to warn in advance the Ratt invasion on the horizon, “Tell The World” is a rally cry that was initially sent out on the original 1982 Metal Massacre compilation release. Like most of the tracks found on this EP, it is short and to the point never offering too much and like the rest of the tunes, a perfect set up for the one following it. If there was a song here that I could picture a crazy rock audience screaming and pumping fists to, it would this one. While memory recalls this as being my buddy Rick’s least favorite, for me it’s just another reason why Ratt always remained my favorite release by the band. Well that and the next tune.

It’s been a debate among fans for years but I have never swayed from the opinion that the original version of “Back For More” is far superior than the version later released as a single for Out Of The Cellar. I always felt that the subtle start lended better to the song coming in stronger once the rest of the band fully kicked in. That’s not to say I didn’t dig the later version and maybe once again, it’s just the allure of time and space that causes me to lean toward the original but for my money the longer, rawer EP version takes the cheese, um cake.

Now, it wasn’t unusual for bands at the time to give nods to groups that influenced them by covering their songs and for one brief moment, Ratt were no different aside from the fact that they went with covering a version of a cover by the way of “Walking The Dog.” Originally written by Rufus Thomas who released his version in 1963, “Walking The Dog” has been covered by such artists as the Rolling Stones, Johnny Rivers, the Sonics, and many more but Ratt steer directly in the direction of the rendition found on Aerosmith’s 1973 self-titled release. Taking a cue from ‘smiths’ swanky, sexy, grinding rocked-up version, Ratt take the bluesy bump and grind romp of a track and add their own bit of stomp, stammer, and sexiness to give it a whole new life for an entire new generation of rock fans. For a new band, adding a well known rock cover may have been a smart way to draw people in and their take definitely rocks but as far as part of an overall album is concerned, it is merely just bonus material on an album filled with already great songs.

Of course everyone knows where Ratt went from this point – a huge full-length major label debut a la Out Of The Cellar followed by the stellar Invasion Of Your Privacy and a few more cool releases before eventually bowing to the drama of band squabbles and such and eventually the excellent Infestation and the New Breed. But eons ago, Ratt were just one of many starving rock bands looking to trap listeners with their own sound and look and with the Ratt EP, turned out one of the best debuts of the period. Raw and filled with a sound of things to come, it stands as the first scratch of a band about to gnaw themselves out of the cellar and into rock and roll history.