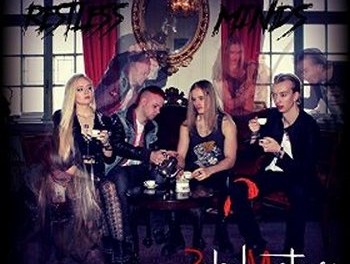 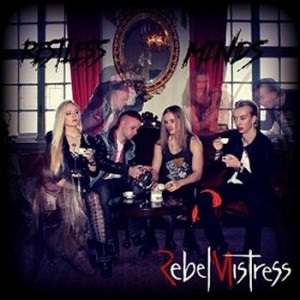 Review:
I am feeling spoiled with Rebel Mistress given that the Swedish rockers have released their second EP of the year only five months after the release of their stellar debut self-titled EP. Rebel Mistress are back with more of the same albeit with more variety as their new EP Restless Minds is a bit more adventurous in terms of the musical landscape that it covers.

When I reviewed Rebel Mistress‘ debut EP, I had a hard time pinpointing exactly which band that the group sounded like but now I know. Rebel Mistress sounds like Rebel Mistress. The group has its own sound starting with lead vocalist Marielle Tengström‘s Swedish accented English singing — which I really like — highlighted by some solid guitar licks but this time coming from new guitarist Johan Jönsson who surprisingly replaces band founder Daniel Westerlund just months after I interviewed the entire band. The result is a less guitar heavy album as there seemed to be more emphasis on Westerlund‘s guitar licks on Rebel Mistress‘ self-titled debut EP.

The one track that stands out on Restless Minds is “Let It Rain” which has an infectious memorable guitar lick, highlights Tengström‘s vocals and has a catchy chorus. A great track from start to finish and I hope that this is the song for which Rebel Mistress recently shot a video for and which will be released early in the new year. “Restless Minds” is the EP opener and is a straightforward rocker which has an almost punk edge to it. “Bite” is my least favorite and the slowest track on the album. I have never been a big fan of ballads and although I enjoy “Bite” — that is exactly what the song seems to lack a bit of. The Restless Minds EP closes off with “Scream” which is another fast rocker where guitarist Jönsson really shines at the end of the song.

While releasing two EPs consisting of three to four songs within six months or so definitely adds some excitement and gives the band some momentum, it seems that Rebel Mistress‘ seven songs to date could have easily found themselves on one album. Whatever the case, in this world of social media where a reader’s attention span is more and more limited, releasing two short EPs rather than one full length album in one year may well be the key to success going forward for young and upcoming bands.