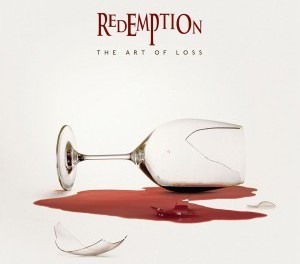 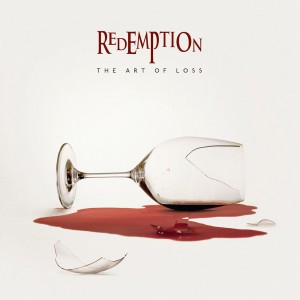 Review:
A new Redemption album is always an exciting prospect. I consider them among the top progressive metal bands out there and am a big fan of Ray Alder‘s melodic vocals. So, after five years since the release of their last studio album, This Mortal Coil, and guitarist/keyboardist Nick van Dyk‘s successful recovery from his blood cancer scare, we get The Art Of Loss.

First and foremost, I’m glad to say that the mastering and mix problems that were present in This Mortal Coil are completely gone. The Art Of Loss goes back to the crisp and clean sound of Snowfall on Judgment Day by having Tommy Hansen brought back on production duties. This issue may or may not have to do with Redemption moving from Inside Out to Metal Blade Records for this release. No matter, the instrumental aspects of the band are functioning to their full capability again. Alder‘s vocals are at the front of the mix where they belong. Sean Andrew‘s bass is audible once again and Chris Quirarte‘s work on the drums is fantastic.

The Art Of Loss is dedicated to guitarist Bernie Versailles because, unfortunately, he had an aneurysm in late 2014 and is still recovering, which made him unable to participate in the recording of the album. Hopefully, he will have a speedy recovery. Meanwhile, the band has a talented array of guests to support them: Chris Poland, Marty Friedman, Chris Broderick and Simone Mularoni. They all do marvelous guitar work through the record, as does van Dyk.

Every song on the album is stupendous. I could easily name them all here but my favorites are the self-titled “The Art Of Loss”, the amazingly upbeat and insanely dynamic “Hope Dies Last”, what could be considered the ballad of the album “That Golden Light” that is quite catchy, and “The Center of the Fire” with its great chorus and impressive guitars.

One of the album’s most engaging aspect is its musical diversity, but the lyrics do stand out with many memorable lines and emotional turns throughout. Take, for example, this verse from the 22 minute epic closer “At Day’s End”: ‘We spend half our lives making disguises; we perfect and use them as our tools, then spend all of our remaining years searching for someone we cannot fool.’ There’s plenty more like this on The Art Of Loss, and Alder‘s voice is, as always, very distinguishable singing it all and his melodies fit perfectly with the tracks.

Here’s hoping that one day — as it eventually happened in the similar case of Rush‘s Vapor Trails – we get a remixed and remastered version of This Mortal Coil. In the meantime, what we get with The Art Of Loss more than makes up for all that, as there isn’t a minute that’s not impressive progressive metal of the highest regard. If you like this genre, make sure you pick this up. The Art Of Loss cements Redemption‘s place among the uppermost outfits in the prog metal world.

Redemption “Damaged” from “The Art of Loss” album. Animated by Nick Hipa.