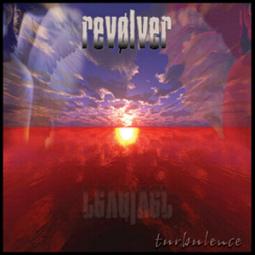 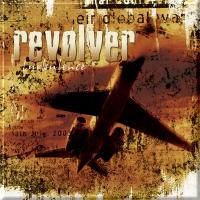 Review:
I’m not sure what Slik Toxik front-man Nick Walsh has been up to all these years, but he has finally resurfaced with a new perm and a new band named Revolver. He has surrounded himself with names such as Crash Kelly founder Sean Kelly and Gene Scarpelli, the son of Goddo‘s co-founder.

One of the songs starts off with the words “some people are afraid of changing”, but no one can accuse Nick Walsh of such a thing. If you are expecting a return of Slik Toxik‘s Doin’ The Nasty, think again. Turbulence has more in common with the dark heavy crunch of bands like Beautiful Creatures or even Slik Toxik‘s forgotten final album Irrelevant. There is lots of stop and start drumming and heavy bass-lines with few guitar solos here, but what sticks out is Nick Walsh himself and the harmony and melody in his voice. Even the song “Juggernaut”, which leaves me cold, is damn near saved with a memorable chorus.

“Pandoras Box” is a song that works incredibly well. It sounds gloomy as it bounces from mid-paced to aggressive rocker and may be the best tune on Turbulence. “Atomic Arcade” and “Nosebleed” work due to the clashes between heaviness and harmony while “Dead Weight” could be considered a fist-in-the-air anthem.

The first single, “Blue Sky”, has much the same vibe as “Pandoras Box” and is as close as this group gets to the classic Slik Toxik sound. Turbulence is one of those albums that takes a few listens to get into, as you discover new sounds with each spin. Nick Walsh sounds as good as ever (if not better) and there are few choruses that won’t get lodged into your brain. Revolver is part of the new breed of metal without being ‘nu’ – the breed that still understands the importance of melody and the breed that hasn’t totally turned their backs on the past. www.revolvertv.com.