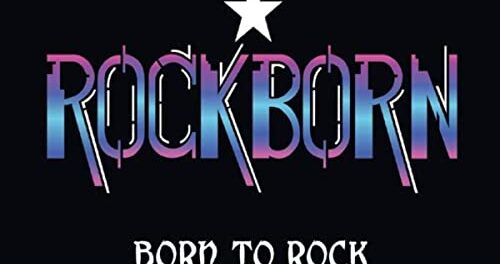 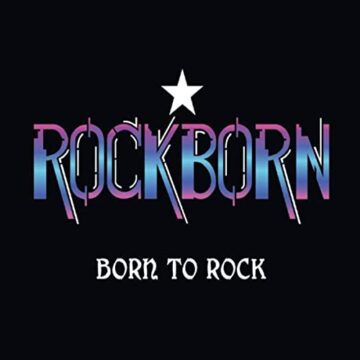 Review:
What can you do when you have an amazing female lead vocalist whose voice can simply dominate a song? Well, you can be like Rockborn and release a really good album! Female vocalist Lu Reid has a terrific voice and she puts on a vocal clinic on Rockborn‘s debut album Born To Rock. The musicianship displayed by guitarist John Lyell, bassist Dino Serna and drummer Gary Gabaldon on Born To Rock is also very impressive. The production is almost flawless and you would expect nothing but at this point from one of the most renowned producers from the ’80s era — Michael Wagener. As it turns out, this might be one of the last albums that Wagener produced or at least was involved so extensively since the maestro has decided to retire after a mere 50 years in the music business. Not only did Wagener produce Rockborn‘s debut album Born To Rock but he also recorded, mixed and mastered it as well.

Born To Rock wasn’t exactly what I thought that I’d be hearing. I was expecting some more straightforward rockers highlighted by Reid‘s powerful voice but instead the album provides more atmospheric type songs that can switch on a dime. The songs can really groove such as the intro on “Never Said Forever” before suddenly switching to a rather slow part and then launching again into a heavy part. The one drawback with this strategy of taking the listener on a journey on every track is that although the songs work out well, the flow is constantly changing. Born To Rock reminds me a lot of Kings of Dust‘s self-titled debut album, which also features some stellar musicianship with former Badlands bassist Greg Chaisson and the powerful vocals of Michael Beck. While there is no question that the record Kings of Dust displays some quality musicianship, it is devoid of any “hit” singles or real anthems. The album rocks, it grooves and it switches gears quite a bit similar to what Rockborn have achieved with Born To Rock. I think the closest that Rockborn come to a single on Born To Rock is with “Give Me Back My Radio” and “Reasons Why I Cry” but the band members simply can’t resist putting in those slower verse parts where Reid‘s voice shines but also kind of kills the momentum of the tracks.

The first half of Born To Rock is stronger than the second half, the latter which seems to have a lot of Led Zeppelin influences. “Madness My Heart Can Hold” and “All I See” could have easily been found on some Zeppelin records if you switched Reid‘s vocals for those of Robert Plant. Frankly, I like when Rockborn put more of their own stamp on their songs than when they provide some Zeppelin-esque tracks. Don’t get me wrong, those latter two songs are still good but don’t feel that original or special. Funny enough, the words “Dedicated to The Red Rocker” are sandwiched between the song titles “Not What You Want” and “Madness My Heart Can Hold” on the back CD cover. I suppose that the dedication could apply to either song but listening to the album, I have always thought that it must be for the track “Not What You Want” which reminds me a lot of Sammy Hagar style vocals and chatter that you might find on 5150 or OU812.

Overall, Born To Rock is a cool record that will have you grooving and that always seems to have some new little part to discover every time that you listen to it. All of the songs on the album are good ones but the record is devoid from a real anthem on it. You’re left with eight solid tracks that you’ll likely really enjoy but also likely won’t really remember in your head or sing along spontaneously out of the blue.

Reviewed by Olivier for Sleaze Roxx, May 2021

Rockborn‘s “Reasons Why I Cry” video: