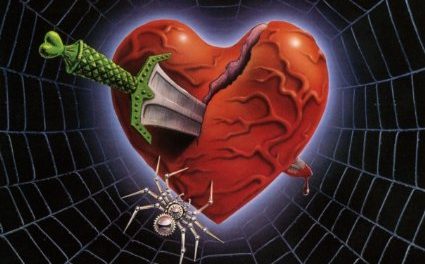 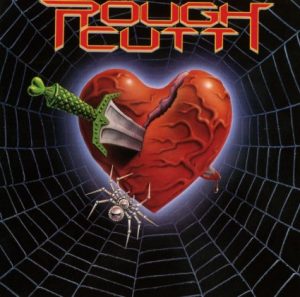 Review:
Ronnie James Dio‘s protégés Rough Cutt should have been huge. The band had the chops, songs and the talent to be a contender. However, it wasn’t meant to be and the band issued two albums before ultimately disbanding in frustration with the music business.

Rough Cutt in its formative years had more in common with ‘metal’ bands than bands like Ratt, Mötley Crüe, or the like. Songs like “Take Her,” “Black Widow,” “Dreamin’ Again” and the bordering on thrash metal track ‘Cutt You Heart Out” is proof of that. In addition to the aforementioned originals, the album also featured a blistering cover of the Erma Franklin track made famous by Janis Joplin “Piece of My Heart.” The slower, sludgy tempo, crushing riff along with Paul Shortino’s soulful vocal is near perfection. The dual guitar attack of the young gunslinger Amir Derakh and the seasoned Chris Hagar made for ‘eargasmic’ listen experience throughout the album.

In our 2011 interview, Shortino said about Rough Cutt: “Yeah, it’s my favorite as well. I think that the only song that might be ‘too happy’ is “The Kids Will Rock.” He went on to say, “The debut album was ‘slower and heavier’ and the second was ‘more upbeat.’ ‘Wants You!’ should have been heavier and faster than the first record.” What could have been, huh? If you’re looking to discover an overlooked metal gem, look no further than Rough Cutt. You won’t be disappointed.