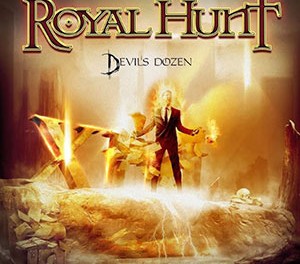 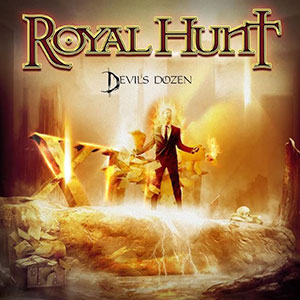 Review:
I have nothing but respect for John West and Mark Boals, and what Royal Hunt accomplished with them during their years as vocalists in the band, especially The Mission with the former and Paradox 2: Collision Course with the latter. But for me and apparently a lot more people, D.C. Cooper will forever be the voice of Royal Hunt no matter what, enough so that as the press release for the album states: “after numerous requests from fans and promoters worldwide… Cooper …decided to reunite with the band in 2011.”

And what a comeback he did with Show Me How To Live in 2011. That album was on my top list for that year and I still have it on my regular roster today. In fact, it became my favorite Royal Hunt album along with the classic Paradox. So, how does this new album compare to that wonderful comeback and their previous effort A Life To Die For? Well, it follows suite but at the same time it doesn’t — let me elaborate on that…

I’ve always appreciated bands that try to deliver different music, innovating while staying true to their sound and genre. One clear example I can give is Helloween, as they are always faithful to the power/melodic metal sound, but are brave enough to experiment with each album in order to deliver something different every time. Sometimes they succeed tremendously (The Dark Ride) and sometimes not so much (My God-Given Right) but they keep at it, and for that — as a fan — I’m grateful.

As you might have guessed by now, that’s exactly what Royal Hunt is doing. Show Me How To Live delivered the classic sound from when D.C. Cooper was first in the band, then came A Life To Die For where they went big on the symphonic and orchestral elements and now with Devil’s Dozen, they turn the tables again. For one, André Andersen‘s keyboards are less prominent than ever — don’t get me wrong, he still has a solo on every song — but I clearly hear a stronger presence from Andreas Passmark’s bass, Andreas “Habo” Johansson’s drums and especially Jonas Larsen’s axe work.

There’s also a lot of experimenting on melodies and arrangements that wasn’t there before. Clear examples of this are the bass and keyboards at the start of “Heart On A Platter” and with the Irish sounds within “Riches to Rags.” As with previous albums, they keep affairs tight with the songs by not including a single filler among them. I will mention that my personal favorite is “A Tear In The Rain” but the rest are just as excellent.

At the end, what Royal Hunt delivers in Devil’s Dozen is another great album using all the familiar elements of melodic rock and symphonic metal, but also putting their stamp on it by making it richer through multi-layered arrangements and compositions. It’s going to be a matter of personal taste which of Royal Hunt’s latest efforts someone prefers, but what can’t be denied is that they are on a wonderful streak that will hopefully last many more years/albums, and that they’ll keep changing just enough to keep things this interesting.