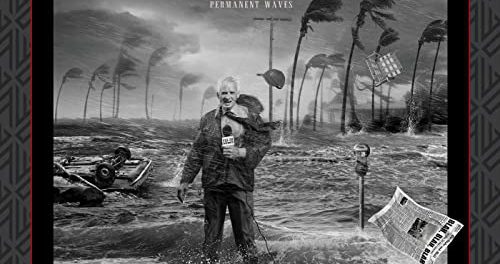 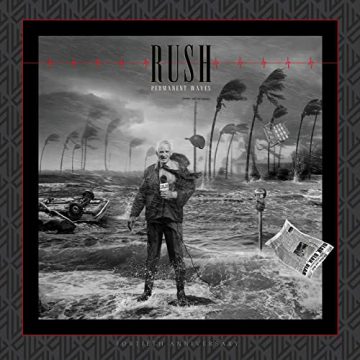 Review:
A new year, a new Rush 40th Anniversary package, this on the heels of 2112, A Farewell To Kings, and Hemispheres. I actually reviewed Permanent Waves on this very site this past January, so will add nothing (but a small quibble) to the album’s original six tracks. I will focus instead on the bonus material.

This anniversary package is the 2CD “Deluxe Edition.” My quibble? Once again, the enclosed copy of the studio release (CD 1) is titled “2015 Album Remaster on CD For the First Time”, yet, my ‘undated’ copy of Permanent Waves is titled “The Rush Remasters.” I don’t really get this ‘remaster’ business, but suffice to say that this ‘new’ copy retains the sparkling production clarity of the ‘original.’ There. On to the new stuff!

Again, there’s not as many goodies as the first two anniversary releases. The bonus disc (CD 2) this time out is a collection of tracks recorded on the Permanent Waves tour in Manchester, London (England), and Missouri. “All tracks newly mixed by Terry Brown” –- that is a very good thing, as Rush’s long-time producer knows the band intimately and is especially effective in drawing the best out of live recordings. The disc contains a whopping nearly 80 minutes worth of music. There is a typo on the CD label which declares “12 Unreleased Live Performances”, when there are in fact only 11. The problem is, as per the liner notes, “A Passage To Bangkok” is listed, but not included on this CD. A bit odd.

But… Terry Brown has captured Rush at their most raw and muscular, qualities that the band soon after moved away from as they incorporated more keyboards and contempory influences into their music. The recordings (especially those in London, at the Hammersmith Odeon) feature a perfect blend of the band and the rapturous audiences, something that is often tricky to capture on live recordings. Highlights? It’s a treat to hear the Fly By Night deep track “Beneath, Between, & Behind”, the full nearly-15 minutes of “Hemispheres” (heavy!), and lots of then-new stuff from Permanent Waves including “Natural Science” and “Jacob’s Ladder.” “Freewill” and “The Spirit of Radio” haven’t sounded this vibrant and meaty in years!

Finally, it’s time for some personal criticisms on this anniversary release, from a devoted Rush fanatic. For the first time in these 40th anniversary releases, there is no essay from Rob Bowman, an esteemed journalist. This is missed. Also, I personally would have preferred one complete concert recording from a single site (London would be my choice) as a live recording where the tracks fade in and out due to the different locations loses momentum for the listener. Finally, my copy retailed at $29.99, which I find a bit pricey considering that the only ‘new’ stuff is the bonus live CD. But, that is a minor complaint, and is very much in the eye of the beholder. For my money, it was still worth the price. And it was so nice to see a very tasteful ‘In Memoriam’ tribute to the matchless Neil Peart, who passed away earlier this year. From one of your biggest fans — Rest in Peace.

Rush‘s “Beneath, Behind & Between” song (live in Manchester):