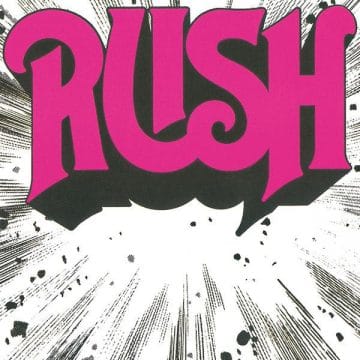 Review:
Time for going waaaaay back in the time machine — 1974 — when (rock) dinosaurs roamed the earth. Led Zeppelin, Deep Purple, Black Sabbath… This was a golden era for formative hard rock. Canada’s main period contribution to the genre was probably Bachman Turner Overdrive, but three 20-somethings from Toronto — Geddy Lee, Alex Lifeson and John Rutsey (rest in peace, he died of diabetes complications in 2008) — were about to enter the mix. This line-up’s recording legacy was limited to one album, but what an album!

Rush… this was no overnight sensation, and obviously pre-dated any ‘Idol’ talent competitions. This trio slogged around the bars of Ontario, honing their craft, and hoping for bigger things. Much has been written of the recording of the band’s debut album through 1973. It is common knowledge that the band used Eastern Sound and Toronto Sound Studios, recording during off-hours when studio time could be had cheaply. When it was time to release the finished product, the band took an (for the time) unusual approach, and formed its own record label, Moon Records, and pressed 3,500 copies. If you have one, you have a real collector’s item.

Released on March 1, 1974, the album’s eight songs comprise a real moment in time for Rush. Never again would the band produce such straight-forward hard rock, and what great material the band was presenting. I recall an old review which said (and I paraphrase) “Rush beat Led Zeppelin at their own game.” Rush‘s writing was not yet influenced by the progressive rock which would colour their subsequent releases. Regardless, many of these classics would remain in the band’s live sets for years to come — “In the Mood”, “Working Man” and “What You’re Doing” (my favourite). There was not a dud in the bunch. Donna Halper, a DJ at WMMS in Cleveland, picked up on the album, added “Working Man” to her playlist, and the rest is history. This led to attention from Mercury Records and an album re-release.

Before the band hit the big touring road to support the album, drummer John Rutsey left the band due to musical differences and health concerns. His last appearance with the band was in July 1974. Rush auditioned drummers, and found Neil Peart, who learned the set quickly before the band hit the road as openers for Uriah Heep. Of course, Peart’s influence changed the direction of the band’s songwriting, incorporating fantasy lyrics and more progressively styled songcraft. For Rush fans (like me), the debut album will always be special. It retains a freshness and immediacy, the sound of a real working band, which is reaching for the stars. Various remastered versions have been released over the years. My copy still gets a workout, 45 years on.

Rush performing “Working Man” with John Rutsey on drums in 1974:

A rare Rush clip featuring the late John Rutsey on drums. Filmed in the spring of 1974. Rutsey was forced to leave the group later that year due to health re…