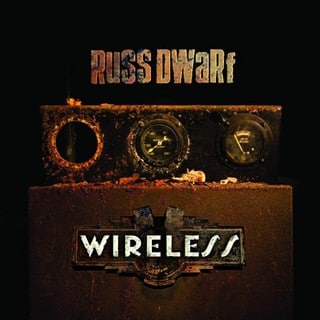 Review:
When it came to Canadian heavy metal in the mid ’80s there were really two bands battling for supremacy — Helix with their sexual charged anthems and the Killer Dwarfs‘ more straight-forward blue-collar rock. Both managed to have fairly successful careers, propelled in part by energetic live shows, and garnered cult status over the years. The slapstick comedy displayed in the Killer Dwarfs‘ early music videos would help propel later albums such as Big Deal and Dirty Weapons.

Today enigmatic frontman Russ Dwarf has busted out of the wood crate that held him captive during the “Keep The Spirit Alive” video with a sudden and welcomed burst of inspiration. With several projects in the works, the first to grace us is Wireless — which, as the titled suggests, is a collection of unplugged and re-worked Killer Dwarf classics. Unplugged albums live and die with the voice, and despite decades of commanding the stage with the elegance of a homeless drunk and often ending up on his head, Russ Dwarf still has the vocal chords needed to make Wireless work.

You can pretty much envision what Killer Dwarfs songs would transcribe well acoustically (which is why something like “Heavy Mental Breakdown” is absent), and you won’t find many surprises in that respect. Dwarf sounds great and does justice to the opening numbers “Keep The Spirit Alive” and “Stand Tall”, two of his most popular songs, but he really begins to ‘shine’ with “Startin’ To Shine” and the incredible revamp of “Doesn’t Matter”. I was slightly disappointed with “Comin’ Through”, likely due to the fact I was anticipating it the most, but the mellowed out rendition of “Dirty Weapons” makes up for it.

Hard rock bands cutting the power to their guitars and dumping the drum set has always struck me as a bit odd. Blazing fretwork and pounding drums are mandatory for any heavy metal group, but stripping all that away changes the entire dynamic. I don’t mind releases like Wireless though, as they offer a vulnerability not often found on the Earth-shattering albums we all remember. Listeners either love or hate these types of albums, but if you enjoy the whole unplugged genre Russ Dwarf‘s comeback will be a welcome addition.