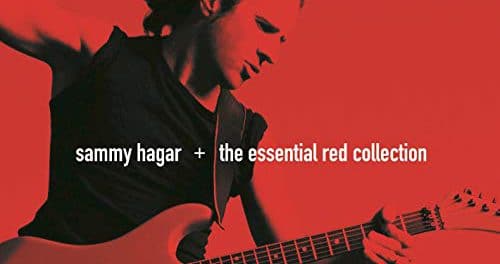 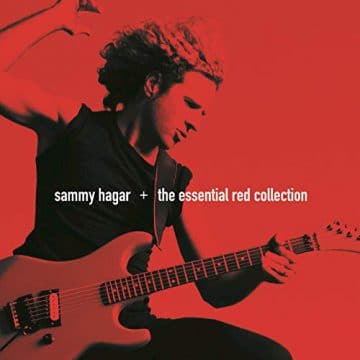 Review:
The Red Rocker. Known to many as the guy who replaced David Lee Roth in Van Halen, Sammy Hagar in fact had a thriving solo career for years before he joined the mighty Van Halen. During this era, Sammy released a series of albums and toured relentlessly, often as an opening act, and often scorching the bands he was supporting with his high energy stage presence. This collection, issued in 2004, contains 20 tracks spanning his entire solo works, including some rarities. Let’s dig in!

In 1973, Montrose released its debut album, with Sammy on lead vocals. If you don’t have it, get it, it is an absolute classic. The Essential Red Collection kicks off with the first song Sammy wrote — “Bad Motor Scooter” — from the Montrose debut. Next up are a couple of previously unreleased rarities, and good ones they are — “Thinking of You” and “Call My Name”. The album also contains three of Sammy’s contributions to movie soundtracks, most notably the title track to Fast Times At Ridgemont High. Otherwise, what we get are a selection from some (not all) of the man’s solo albums, starting with his signature tune “Red.” For years, Hagar was seen exclusively in red clothing, sporting either a red Gibson Les Paul or red Gibson Explorer. His original “I’ve Done Everything For You” is included; this, of course, went on to be a massive hit for Rick Springfield, for which Sammy would have collected some very generous royalty cheques. The best represented of his solo albums, with three songs included, is 1982’s Standing Hampton (look up the meaning of that English expression!), which is in my opinion, his best work. Two absolute hard rockin’ classics, “Heavy Metal” and “There’s Only One Way to Rock” showcase Sammy at his best. The collection is brought up to date with the inclusion of closing track “Mas Tequila” by Sammy Hagar and the Waboritas, making reference to his lucrative involvement in the tequila business.

As a passionate Sammy Hagar fan, I, of course, have a complaint with The Essential Red Collection. For my tastes, I wished they’d left out one or two of the more melodic rock styled songs and included another couple of Sammy’s hard rockers. My suggestion would be “This Planet’s On Fire”, “Trans Am” or my absolute personal favourite — “Love or Money” — from 1980’s Danger Zone album. Sammy has complained in the past that he wanted to be marketed by his record labels as a pure hard rocker; these songs capture him at his hard rockin’ best.

All in all, this collection really brings together all of the different dimensions of solo Sammy Hagar. I’ve always felt that, despite his huge success, he was a bit underrated for his pure vocal talent. I’ve always thought of him as America’s Roger Daltrey. And, at the age of 71, there’s no sign that the Red Rocker is slowing down anytime soon as he continues with his current solo project, Sammy Hagar and the Circle.

This is the rare music video for “Little White Lie” by Sammy Hagar taken from the album “Marching To Mars” released in 1997 his first release post-Van Halen….