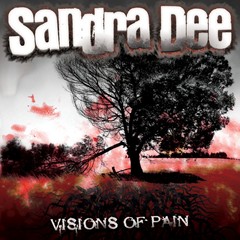 Review:
Forming in 1989 and naming themselves after a line from a Motley Crue song pretty much tells you everything about Sandra Dee — that they were a sleaze band that arrived on the scene a few years too late. What isn’t so obvious (until one listens to their music), is just how heavy this Chicago band was.

With the sleaze of early Skid Row, the darkness of Blackboard Jungle and some vocals sneers reminiscent of Dee Snider, Sandra Dee aren’t your run of the mill party-all-night glam band — instead they are more like the hangover the next morning. The pounding rhythms of the opener “Pretty Child”, a song that is straight out of the Sledgehammer Ledge playbook, drive that thought home instantly as it begs to be played at full volume. Then comes the galloping bass of “Cassandra” and you begin to wonder how much you actually drank last night!

The spaghetti western intro of “Take You Higher” finally gives the listener a chance to get their breath, but its short lived as the track quickly turns into head-smashing mode. The last two songs on Visions Of Pain represent the band’s final recordings while they relocated and chased the bright lights of California, but their approach didn’t change and resulted in the heavy “Nothing”. Finally, the interestingly titled “Peace, Pot & Politics” drags Sandra Dee into Faster Pussycat territory with the help of Sgt. Roxx‘ Jack Adams and succeeds in thanks to its chorus and the way it unravels towards then end and becomes the band’s finest hour.

Recorded between 1991 and 1992, the compositions that make up Visions Of Pain are by no means crystal clear and instead show the wear and tear of the years. That’s not such a bad thing though, because Sandra Dee is the type of band that commands a rough approach — both in their music and delivery. Unrelenting is a good word to describe what is going on here and the band themselves may be too heavy for the average hair-metal listener. But if you ever wanted to put music to your Saturday morning alcohol induced blues this could be the disc.