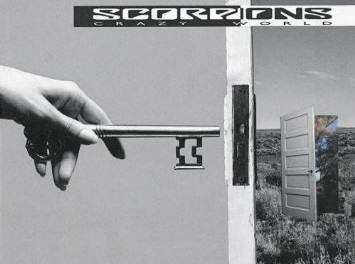 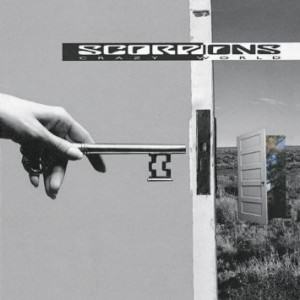 Review:
With the advent of the twenty five year anniversary of the release of the Scorpions‘ Crazy World, I thought that it would be fun to revisit this record for review purposes.

It had been almost twenty years since I heard Crazy World in its entirety since almost my entire CD collection was stolen from my apartment back in 1996 and I never did end up getting another copy of Crazy World despite really liking the album. I think that part of it was that many of the songs on Crazy World were available on subsequent Scorpions greatest hits releases including five of the eleven songs from that studio album showing up on the 1997 compilation release entitled Deadly Sting: The Mercury Years that is in my CD collection. Accordingly, I never felt that much urgency to replace Crazy World.

There is no doubt that the Scorpions‘ Crazy World has to be recognized as one of the German rockers’ finest moments. Whichever of the Scorpions‘ studio albums contained the game changing ballad and immensely popular “Wind Of Change” has a leg up on all the other Scorpions‘ studio records. The fact that the Scorpions were able to come up with not one but two memorable ballads speaks to the overall quality of Crazy World. “Wind Of Change” may have been the ballad that propelled the Scorpions to their most popular album on a worldwide basis but I find that “Send Me An Angel” is an even stronger ballad. Whatever the case, both ballads brought goose bumps to my arms when I recently heard the Scorpions play them live and it is no surprise that both songs remain staples of the Scorpions‘ live set twenty five years later.

Even if the Scorpions had not come up with the two aforementioned spectacular ballads, Crazy World would still have to be considered a strong record given that most of the remaining tracks really rock. Songs such as “Hit Me Between The Eyes” and “Tease Me Please Me” have that classic Scorpions feel with frontman Klaus Meine arguably at the top of his game. “Don’t Believe Her” and “To Be With You In Heaven” are classic mid-tempo Scorpions rockers, which highlight the charm of Meine‘s German laced English. Crazy World is the last album to feature the classic line-up that includes the rhythm section of bassist Francis Buchholz and drummer Herman Rarebell since this was Buchholz‘s last album with the band. There were many songs that I had not heard from Crazy World in a long time and tracks like “Lust Or Love” and “Kicks After Six” could easily fit into the Scorpions‘ live set to this day. While Crazy World is one of the Scorpions‘ best albums, there is one track that is simply weaker than the rest. The slow plodder “Money And Fame” is on the dull side and just has too many different sounds on it near the end of it.

Track for track, Crazy World is one of the Scorpions‘ best studio albums. Both from a commercial and artistic standpoint, this represents the Scorpions‘ best album in the last twenty five years and the album’s two standout ballads along with the myriad of enjoyable rocking songs make it a must have album for any hard rock record collector. You’ll have to excuse me while I purchase another copy of the record to replace my stolen one.

Scorpions Send Me An Angel