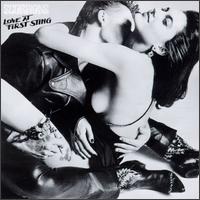 Review:
Even though the Scorpions had been building a solid fan base for years, it was Love At First Sting that would put these Teutonic rockers over the top. Songs such as “Bad Boys Running Wild”, “Big City Nights” and the massive “Rock You Like A Hurricane” (#25) never let up. Plus, who could forget the incredible power ballad “Still Loving You” (#64)?

The songs and playing throughout the album are excellent, and show the Scorpions at their heavy metal peak. The band still tours and records to this day. I give Love At First Sting two thumbs up!