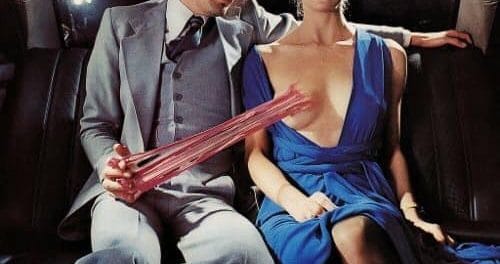 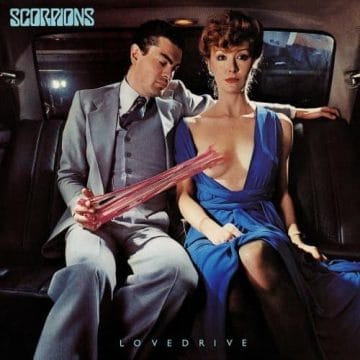 Review by John Lewis:
A flawless album. Eight songs, no filler. The first Scorpions album with good (great) production, courtesy of fellow German Dieter Dierks. There’s no doubt, the Scorps were at a crossroads in their career in 1979. Their lead guitarist, Hendrix disciple Ulrich Roth, had left the band. They’d brought in a relative unknown, Matthias Jabs, to take his place. At the same time, rhythm guitarist and band founder Rudolf Schenker’s brother, Michael, had just left England’s UFO. A perfect storm was brewing. What followed produced an essential album for any metalhead’s collection.

Prior to this, the Scorpions hadn’t toured in North America. They were popular in their native Germany and France, and had just toured Japan, producing their double-live Tokyo Tapes. This was a very convenient end to Scorpions‘ chapter one; their heavily-Hendrix influenced (but cool) first incarnation. As brilliant of a lead guitarist as Ulrich Roth was, and is, Michael Schenker had also been absolutely tearing it up with UFO, but was currently unemployed. The band’s concern with newbie Matthias Jabs was that his leads were a bit stiff. The solution was obvious — bring in Michael to help shoulder the load. The result — Lovedrive — has some incredibly well produced guitar work, and brilliant songs to boot (and cover artwork which was temporarily banned in North America).

The album’s opener, “Loving You Sunday Morning”, is a complete break from Scorpions’ past — a concise, tight, heavy, and melodic classic. Vocalist Klaus Meine is in fine form. At his peak, he’s one of metal’s best. I think that the best thing about Lovedrive is the song variety; from proto-speed metal killers like “Another Piece of Meat” and “Can’t Get Enough” to beautiful ballads “Holiday” and “Always Somewhere”, as well as a metalled up reggae song (“Is There Anybody There?”). My personal highlight is Michael Schenker’s gunslinger guitar work. He contributes leads including to “Another Piece of Meat”, instrumental “Coast to Coast” and “Lovedrive”. His leads sound less structured than his previous work with UFO. He just peels off brilliance and kicks these songs into overdrive. Kudos also to the band’s underrated rhythm section as bassist Francis Buchholz and drummer Herman Rarebell are locktight and give these songs a very nice groove.

My earliest live Scorpions encounter was in at the CNE Coliseum in 1982 in Toronto, when they were touring for Blackout.  Even better, I caught Michael Schenker in Binghamton, New York in 2015. He’d reunited with Francis Buchholz and Herman Rarebell and they put on an incredible show. The highlight was their rendition of “Lovedrive.” I squeezed to the front of the stage, and raised my beer to the title track of this fantastic album.

Review by John Stoney Cannon:
In 1978, just after arriving for my second military brat stint in Germany, I was introduced to the Scorpions by a new German friend via the excellent live platter Tokyo Tapes and then stung for good shortly after courtesy of a bruising set at an all-day rock festival. For a hyper American kid in his early teens, this built up a great bit of excitement prompting me to wait outside a locked up German store for the second I could rush in and grab a brand new copy of Lovedrive, the Scorpions album released January of 1979.

As if I wasn’t already hooked, on top of what I dug about the band, Lovedrive was filled with everything European that I had grown up being exposed to. Yeah, it’s their first release after switching to Mercury Records and sure, producer Dieter Dierks worked closely with the band to aim them towards their future classic sound but, they were still a German band raised on post war experiences, old world folklore and songs, catchy bier spiel and Euro pop while waiting for the rest of the world to venture back into their cultural existence. Compared to other parts of Europe, countries such as Sweden, Finland and France tend to wear local flavor somewhere on their rock and roll sleeves so while the UK takes a very large portion of their rock and roll influence from America, German rockers in contrast tend to deliver music with a very homegrown inspired style mixing natural American influences with cultural bits and pieces of their own region.

While the rest of the world might be breathing a huge “What the fuck?” watching early ’70s Scorps videos or clips of Mike Tramp‘s first television appearances with early band Mabel or even Joey Tempest‘s pre-Europe group Force, there’s no denying the role that geographical culture has played in some European music. Don’t gasp but in the late ’70s and early ’80s, you wouldn’t of had a tough time convincing some people that ABBA had infiltrated half of Europe’s musicians including the rockers. Come 1979, you could hear that musical diversity in the albums of the Scorpions and by the time I got back to the States to find Atlanta’s WKLS spinning the crap out of “No One Like You” and kids in t-shirts with bands like The Police and Loverboy going nuts over this mix of hard rock and melody, all I could say to myself was, “No shit guys. Thanks for finally catching up.”

Unleashed on the world the start of 1979, the sixth Scorpions studio release Lovedrive not only unveiled the long-brewing creation of the band’s classic sound but with the addition of lead guitarist Matthias Jabs, also the arrival of the classic line-up of long-time singer Klaus Meine, bassist Francis Buchholz, drummer Herman Rarebell, and founder / guitarist Rudolph Schenker. With additional guitar work from on again / off guitar guitarist Michael Schenker, Lovedrive introduced what would be the Scorpions‘ trademark mix of hard rock and power ballads, a mixture that would become popular in the ’80s with bands like Def Leppard and Krokus but despite imitators, few were capable duplicators. Starting with Lovedrive, the Scorps would enjoy over a decade of commercial success that afterwards has afforded them the rock and roll status to be able to offer albums and tours to a dedicated fanbase to this day.

In 1979, perhaps only Canada’s April Wine came close to kicking out a classic ’70s riff rocker like “Loving You Sunday Morning”, a ripping tune complete with not only a great rhythmic riff and choice leads but incredible anthemic verses and infectious harmony-loaded chorus. Meine‘s vocals are every bit as powerful as those of then popular power singers like Boston‘s Brad Delp or Journey‘s Steve Perry but at the same time more unique and of course way more rock! On paper, starting off with an intense verse only to slow it down to smooth harmonic choruses doesn’t sound that exciting but the Scorpions make it work and would toss out all matter of power and melody combinations on their way to international success throughout the ’80s and early ’90s.

“Another Piece of Meat” blisters up the line-up next, firing out of the gate into short vocal blasts and lyrics filled with sexual innuendo style Scorp-talk. Pretty blatant “innuendos” if you will. Kinda hard to miss the point when it slaps you across the face like a cold slab of beef (pun definitely intended).  If there is A hard rock moment on this album, for me it’s this track with its balls out energy and to the point sexual bravado. Now, if at first listen, you mistake ballad “Always Somewhere” for Lynyrd Synyrd‘s  “Simple Man”, chances are even Scorps fans wouldn’t blame you. The similarities are there even as far as the first few lyrics and vocal melody but once the power chords finally kick in, it’s not too difficult to realize that this power ballad is far heavier than anything Jacksonville, Florida’s southern rock legends ever put to tape.

Back in 1979, whether rocking vinyl or cassette tape, you’d have to flip sides and the best albums always left you excited to get to the second half. Side one closer “Coast To Coast”, while a pretty rocking instrumental, is more of a transition than tease. That being said, it’s still a cool track but nowhere near as cool as side two opening kicker “Can’t Get Enough”, a screamer of a rock and roll romp complete with pounding drums and frantic guitar solo. The message is obvious and the finish all over the place — hard rock madness. One of my fave tracks when I just wanna blast off all out Scorpions rock and along with title track “Lovedrive”, the final blasts of rock and roll on the album and yeah… there’s still more to be had.

While not what future fans would grow to love as far as Scorpions music is concerned, “Is There Anybody There?” is one part the past and several parts the future and manages to mix Scorpions brand hard rock with a bit of a Jamaican style groove to create a whole cool vibe unheard of in music anywhere else at the time. In 1979 (as now), I was in love with a wide range of musical styles and this track blew me away. Still love it. But if you think that’s odd for a hard rock record, how about this? Scorpions don’t end their Lovedrive with a big, loud fast bang.

Now maybe in the ’70s, closing out an album with a ballad was OK for say… Air Supply, Dan Hill, Manilow… but teutonic hard rockers, the Scorpions? Well maybe the entire world was still yet to be stung by the greatness of these guys but still, it takes some balls to lay your hard rock cred on the carpet and tread softly. Heck, not only do the Scorpions go softly, they do so with one of the most beautiful, pinpoint pieces in rock history. A piece so perfectly classic Scorpions that despite missing many ears in 1979, it would become a worldwide hit a half a decade later courtesy of 1985 release World Wide Live. Despite the impact of that live rendition, it is the original Lovedrive version of “Holiday” that remains the most precious yet intensely beautiful version of the Scorpions classic.

Laying the final piece of groundwork for the massive success to come, the power and passion of Lovedrive would set the table for future platters Animal Magnetism (1980), the groundbreaking Blackout (1982), and 1984’s massive smash Love At First Sting leading the band to continued success clear into the ’90s and still to this day, the world is infected yearly by new Scorpions music and concerts. Despite talk of retirement, fans have to wonder if the band will ever call it a day. After all, the band has carried a drive that has seldom slowed since the dawn of the ’70s. It’s a drive filled with musical passion and love for rock and roll… love and drive… hmmmm.  No wonder in 1979 a certain American kid living in Germany got stung and never got over it!