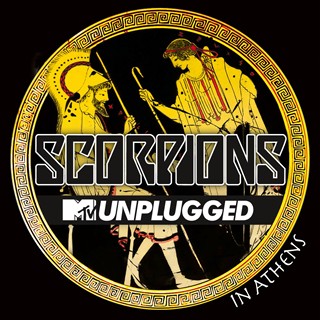 Review:
I’m disappointed with the Scorpions They issued one of their best albums to date in 2010 with Sting In The Tail, after spending the past 20 years releasing lackluster records, only to announce their retirement and then rescinded it — which is fine, because they are an incredible live band. However it’s the things that they’ve done since Sting In The Tail that has me feeling indifferent about the German band.

In 2011 they reworked a number of Scorpions classics, which didn’t capture the energy of the originals, and in addition recorded a handful covers and packaged them all together as Comeblack. As you might imagine, it wasn’t well receive — the album was contrived and haphazardly put together. I understand the reasoning behind recording the classics for licensing for use in film, TV or commercials but they would have been best suited for the long awaited Scorpions box set that that’s been talked about for a number of years now. As a standalone release Comeblack simply didn’t cut it.

This brings us to MTV Unplugged: In Athens, which was recorded in Athens, Greece in September of 2013 for MTV Europe. If you’ve followed the Scorpions you know that they’ve done the ‘unplugged’ thing already. In 2001 they recorded an ‘acoustic’ record in Portugal called Acoustica with horrific results — it was more ‘world music’ than rock ‘n’ roll. The new arrangements didn’t work and the whole thing was overindulgent and grueling to listen to, and you can say the same for MTV Unplugged: In Athens. The Scorpions cover most of the same hits in this performance and it fares slightly better, but not by much. Once again the arrangements don’t always hit the mark and there are too many people on stage, too many nameless guests, and a drum solo that is as unnecessary as it is long. This release also includes a DVD of the complete and agonizing performance, and while there are a few shining moments like “Can’t Live Without You”, “The Best Is Yet To Come”, “Send Me An Angel”, “Still Loving You”, “Big City Nights”, “Wind Of Change” and “No One Like You”, they are few and far between — and the rest is predominantly flat.

It would have been interesting if the Scorpions did revisit the unplugged concept and go into the studio with nine or ten classics — truly acoustically though. As in acoustic instruments with limited percussion — that would have been something. In the end MTV Unplugged: In Athens serves as a release for the curious, or those that haven’t listened to or missed the Acoustica album. While the Scorpions are in full cash grab mode you just know they’re in discussions to revisit the symphony idea again — we know how well that worked the first time around, don’t we?