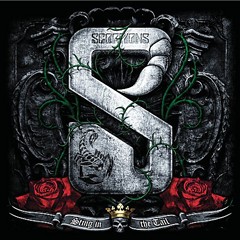 Review:
Klaus Meine and company have announced their retirement after 40 years in the business, with Sting In The Tail to be their final offering. If you’re a Scorpions fan you already know that they deliver each and every time, and the fact that such a consistent band is hanging it up is a loss to the rock ‘n’ roll world.

The Scorpions have always released albums as a reason to hit the road, not the other way around, and they have a number of gems in their back catalog along with a couple of clunkers. If Sting In The Tail is in fact their retirement CD then I want them going out with a strong album. I couldn’t help but be a little nervous as their previous CD, Humanity Hour 1, was less than stellar in my opinion, as there was no doubt that outside writers like Marti Fredriksen, James Michael and Desmond Child were a strong influence, and when two of them were also producing — well, all bets were off for a true Scorpions effort.

Which brings us to Sting In The Tail — it’s a slick, bombastic record that sounds like Crazy World meets Face The Heat meets Unbreakable — it is a strong album right out of the blocks. Returning for this effort are Mikael Nord Andersson and Martin Hansen who co-wrote with the band on Humanity Hour 1 — once again they co-wrote, and also handled production duties on ths CD. Unlike the last time around, the producers didn’t keep the band confined, instead they allowed them to cut loose. The result is a rockin’ fun album with riffs-o-plenty.

Guitarists Rudolf Schenker and Mathias Jabs tear it up and Klaus Meine has never sounded better than on this effort. The album is launched with the rocker “Raised On Rock” and there are many more great tunes such as “Turn You On”, “Sting In The Tail”, “Spirit Of Rock”, the ballads “The Good Die Young” (featuring former Nightwish singer Tarja Turunen), “SLY” and the closer “The Best Is Yet To Come”, which I think matches previous efforts like “Wind Of Change” or “Holiday”.

Sting In The Tail is a near perfect album and one hell of a way to wind up a career. The Scorpions have been a consistently strong band, both live and in the studio, more so than most classic rock groups still out there right now. When was the last time the Rolling Stones issued an album that blew your mind, and do they kill each and every night? I rest my case. While, I’m saddened to see the Scorpions walking off into the sunset and entering retirement, I know nothing lasts forever except the memories and more importantly the music. In this case the classy German rockers close out their career with their best effort in 20 years.