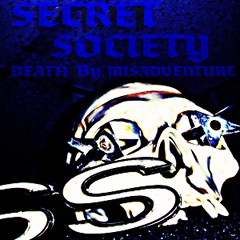 Review:
Feel the hype! The return of Chris Holmes, on what has been described as a ‘pure heavy metal album’, isn’t setting us up for anything is it? Oh yeah, and two guys from Godspeed are in the band too, if you didn’t know…

I’ll get the gripe out of the way first — and that is the vocals. Stefan Moore knows how to do his thing, but it’s just not right on several tracks, he just sounds right of place for what the music is doing. Anyway, on to the music. Anyone know that lead guitar style? Who does it sound like? Bueller? Bueller? Yep, it’s still Chris Holmes playing like a madman. Anyone familiar with his playing in W.A.S.P., and shame on you if you don’t, will recognize this straight away.

“Got No Time” launches straight into things and is an excellent way to start the album musically, apart from some of the vocals which don’t always fit in with the energy that’s shown, but Holmes‘ fretwork is busy and tight. “Your Touch” continues in a similar vein — heavy rhythm, much better vocals and more Holmes shredding. “The X” is up next and I’m starting to hear a pattern here, although the album is still working for me. “Crystal Eyes” is fourth and has a nice change in tempo and energy to start with before building up to the usual while “Run For Your Life” is another solid, if unspectacular, track.

“D.T.A.” is a song that I really wanted to dislike — the opening is dreadful and the vocals aren’t much better, however musically the track is brilliant and I’m not going to complain about it too much. “Damage Is Done” is an absolute beast of a number with power, energy, low end bass and a great driving riff.

Into the home stretch now we have “Mutha F**cker”, another heavy riff driven tune that holds the energy together and is a solid number. It leads into the excellent “Tax Man” which powers along at a good speed and will definitely have you banging your head. Last but not least is “Runaway”, a solid way to wrap up the album, again featuring some excellent stuff by Chris Holmes.

I have to say that after listening to Death By Misadventure several times I’m getting it more — musically it’s excellent and for that alone I highly recommended it. The vocals will still be an issue for some no doubt, sometimes it works and sometimes it doesn’t. Try it and buy it.