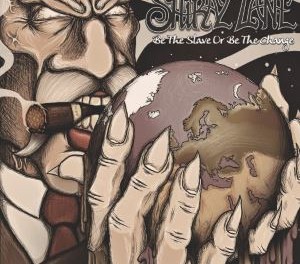 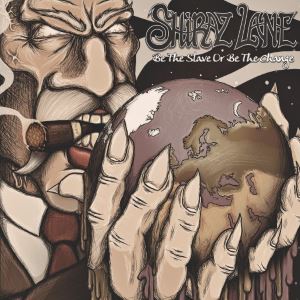 Review:
It’s no secret that I’m a big fan of Frontiers Records. So, upon hearing last week’s news about Shiraz Lane being signed to the label, and then reading Sleaze Roxx editor Olivier’s great comments about their show at the Hard Rock Café in Toronto, I thought I would do the site’s name some justice and get me a fix of the sleaze.

Listening to Be the Slave Or Be the Change makes me feel like I’m able to hop in the DeLorean with Marty and the Doc to take a trip back in time.  I had never heard a single song from Shiraz Lane before so when the opening track “Mental Slavery” started, I was hit with full force just like I had received a punch to my face twenty four years earlier from the classic Slave To The Grind album. I was instantly banging my head and very excited for the rest of the EP.

“Behind The 8-Ball” follows and carries some of the energy while also diving into some blues rock territory. Then “Money Talks” takes things back to heavy with great riffs and fine vocals reminiscent of the best in the genre. After comes the most melodic track here — “Out There Somewhere” — which includes an infectious chorus that is perfect to sing along to. And finally, the track that gives this EP its title — “Story to Tell”  — is a mid-tempo song whose great lyrics embody the mindset and spirit of the rock and roll philosophy.

Nostalgia no doubt plays a large part in Be the Slave Or Be the Change, considering that clear influences can be heard from bands like Guns N’ Roses, Warrant and most prominently Skid Row. But the important thing about Shiraz Lane is that they do not rely solely upon revisiting music from that past era to succeed given that with these five songs, they manage to show many musical sides by changing things up and doing different compositions and arrangements on each song.

The members of Shiraz Lane have the energy and the talent, and here they deliver a very good EP that works perfectly both as an introduction to new listeners and to show the world what they’re all about. If this is what they can do by themselves, I can only look forward to the absolute best with Frontiers Records backing them up.