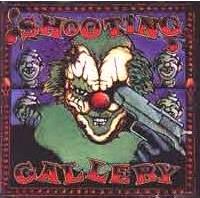 This album sounded cool, but unfortunately it came out as alternative/grunge was taking over the airwaves, so it didn’t stand much of a chance (not to mention the substance abuse problems of the band members). Shooting Gallery are a band you would want to hide your daughters from, but is still worthy of two thumbs up!

Buy The CD:
Purchase At Amazon.com
Purchase at eBay.com