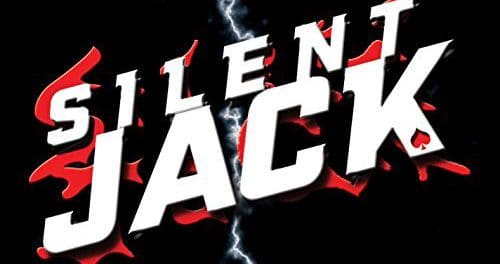 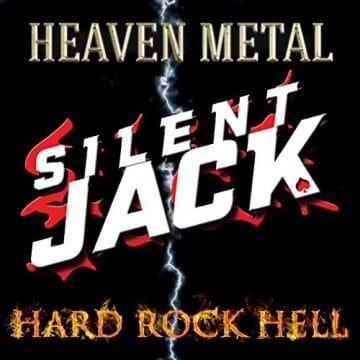 Review:
Silent Jack aren’t out to reinvent the wheel and that’s a great thing. Catchy sleazy rockers are what the band came up with on their full-length debut album Play The Game back in 2015 and it’s more of the same on Heaven Metal – Hard Rock. After reviewing Skid‘s review of Silent Jack‘s debut EP Snakebite back in 2013, I have to agree with him that the group does sound quite a bit like Junkyard with Silent Jack lead vocalist Rich ‘Stitch’ Mason sounding a lot like a younger David Roach.

This is exactly the kind of meat and potatoes rock n’ roll that Sleaze Roxx can appreciate. Straightforward uncomplicated rock n’ roll based on great guitar riffs, a solid rhythm section and some singing/yelling from a singer who won’t be mistaken for Rob Halford anytime soon but who handles the singing expertly like the rougher styled crooners out there such as Airbourne‘s Joel O’Keeffe. Unfortunately, there are only four tracks on Heaven Metal – Hard Rock Hell. I wish there were more because I am really liking what I am hearing, well at least for three of the four songs. “Hard Rock Hell,” “Life On The Road” and “Let’s Go!” are all solid faster paced rockers built on some strong guitar riffs and showcasing Mason‘s gritty singing. “Killing Time” has a really good groove to it at the beginning, during the verses and after the chorus part but loses steam a bit during the pre-chorus and chorus sections. It’s almost as if the killer groove was kind of wasted a little bit for that song.

I’ve got to say something about the EP title Heaven Metal – Hard Rock Hell. It’s almost as if the band could not decide on which title to choose from so decided to use two different titles — Heaven Metal and Hard Rock Hell — as a compromise to keep everyone happy. One area that has apparently really improved for Silent Jack on Heaven Metal – Hard Rock Hell compared to Play The Game is the guitar solos from Adam Carson. They are definitely on the short side but at least they complement the songs and I can’t describe them as “underwhelming” anymore. Sure, the guitar soloing at the end of “Life On The Road” could have used a few more notes to sound a little faster and peppier but at least it didn’t hinder the track.

There’s nothing fancy about Silent Jack‘s Heaven Metal – Hard Rock Hell EP. It’s in your face sleazy rock n’ roll the way it should be played. These guys sound like they would be a lot of fun to see play live. I like Heaven Metal – Hard Rock Hell so much that I decided on purchasing a hard copy of the EP given that I understand that there are only a limited amount of CDs available and the chances are much higher that I’ll keep listening to the EP if I have it in physical format.

Check out the lyric video for Hard Rock Hell from our BRAND NEW EP! It’s called HEAVEN METAL/HARD ROCK HELL and it’s coming out March 24 to all major online …