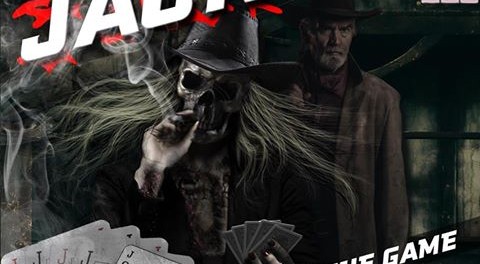 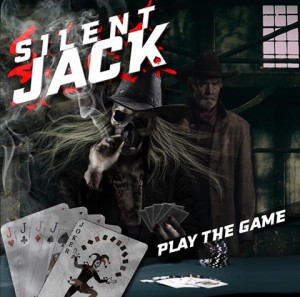 Review:
If you like one song on Silent Jack‘s new album Play The Game, odds are that you will like them all because almost every song is a straightforward sleazy rocker with the very distinctive voice of singer Rich. That is also the curse for Play The Game because if you don’t like one song on the album, there’s a good chance that you might not like any of them!

Luckily for me, I like the songs on Play The Game. Well, almost all of them since I could do without the lacklustre ballad “Turn Away.” But aside from that one song, all of the tracks on Play The Game are good solid straight ahead sleazy rockers. There are songs that are better than others. The one memorable track — “Too Many Women” — is buried deep on the record which is a bit of a shame because its catchy chorus makes it the best song on the record hands down. Other standout tracks include the opener “Hellride” and the riff based “Whisky In Me.” I find that the quality of the songs tails off a bit after the first five tracks and in the middle of the album but Play The Game finishes strong towards the end including with the already aforementioned “Too Many Women” and “Love Bites” with its background gang vocals.

This is probably one of the only times that I have ever stated this but I find that guitarist Adam‘s guitar solos are largely on the underwhelming side including on “Too Many Women” and “Love Machine.” While the guitar riffs are straightforward and work quite well, it seems that the guitar solos could have been more complex to take the songs to that next level. I am having a hard time coming up with who lead singer Rich sounds like but I do detect a little bit of Reverse Grip‘s singer Dru Broda in his delivery. Whatever the case, it is Rich‘s raspy and distinctive voice which sets apart Play The Game and the group Silent Jack from other bands.

Silent Jack are good at what they do and Play The Game is worth purchasing. The songwriting is key here and the lads in Silent Jack have certainly proven on Play The Game that they can write catchy yet sleazy straightforward rockers. I think that with a few notable changes such as better guitar solos, Silent Jack have the potential to deliver a really great record.