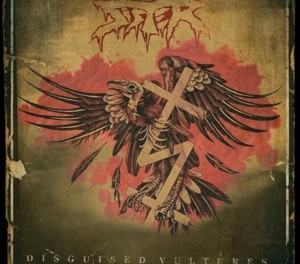 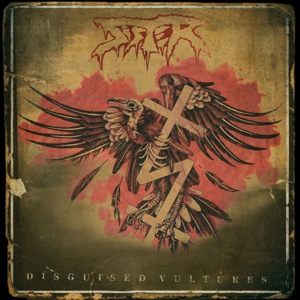 Review:
Those aware of Sweden’s Sister have seen the band go through a transformation the past few years. The brighter Jetboy/Hanoi Rocks-isms of yesterday, are now replaced by a darker Wednesday 13, Murderdolls and The Rejects look and sound. Now depending where you sit on the history of the band, this change could influence your decision about them. I see the band almost as two groups now because you would be hard pressed to recognize them both in sound and image from the early days. So for the purpose of this review, I will stick to the later period.

The change began with their self released EP demo of sorts called Deadboys Making Noise. I will admit the change in image took me by surprise but the music contained just blew me away in sound, energy and emotion, so needless to say I decided to stick around. Next would be the major label debut Hated (on Metal Blade Records no less!). The trend continued in sound and image pulling songs from the aforementioned EP and new creations. This album, although good, did not grab me as much as the EP but I still liked it and now with Disguised Vultures, it seems the darkness and anger is creeping in even more into Sister.

The songs have an angrier punkier feel to them, with vocalist Jamie spitting out the lyrics with plenty of emotion so as to get that point across (listen to “DMN” for example) although he is a tad bit one dimensional in his vocals at times and in slower numbers, this becomes a bit more apparent. Songs are straightforward and to the point — think of early Faster Pussycat mixed with the Misfits and Motorhead. There are plenty of angry youth style songs and sing-along choruses to keep you interested and with some variations like the ballad of sorts “Naked” and the bass driven “Revolution”. Bassist Rikki keeps it interesting (where’s Starlet Suicide?) and closer “Please Kill Me” has an almost happy sing along vibe towards the end. Production is better than on Hated since it is much warmer, the guitar has more of a bite in its sound and the bass is more rumbling in the overall sound. Cari (sigh… I remember I had my hair like that once) on drums is sounding great also.

So there are no breaking boundaries here on Disguised Vultures but just some good dark punk fun to listen to while stuck in traffic. I know guitarist Lestat is no longer in the group, so we will see how the next album turns out. Needless to say, I will be sticking around to find out.

Buy the single on iTunes -: https://itunes.apple.com/album/sick-single/id719223248First single from Sister’s new album to be released in early 2014..Video by…