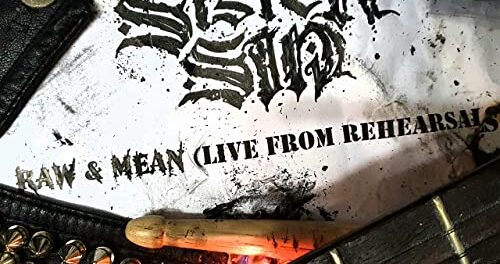 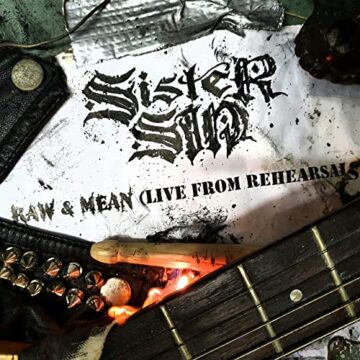 Review:
If you told me back in early 2016 that I would be reviewing a Sister Sin record in 2021, I would have been very pleased but wouldn’t have believed you. Sister Sin‘s classic line-up of powerhouse lead vocalist Liv Jagrell, drummer Dave Sundberg, guitarist Jimmy Hiltula and bassist Strandh suddenly and unexpectedly announced that they were calling it quits on November 7, 2015. At the time, it seemed unfathomable that this would happen. In a span of seven years, Sister Sin had released four amazing records — 2008’s Switchblade Serenades, 2010’s True Sound Of The Underground, 2012’s Now And Forever and 2014’s Black Lotus — and seemed to be on a great run with their last two studio albums released via Victory Records and a slot on the Mayhem Festival tour across North America alongside Slayer, King Diamond, Hellyeah and others during the summer of 2015. From the outside, things seemed to be going so well but burnout creeped in and a few of the band members didn’t want to continue anymore.

As a massive Sister Sin fan, this was quite disappointing but certainly understandable. It’s not like I am paying the band members’ bills or anything, and the Swedish rockers would often be out for months at a time touring away across North America in what I can only imagine being “tough” conditions. The first time I saw them play live, it was to perhaps 50 people at a small dive bar in Toronto, Ontario, Canada in May 2011 and the second time, was as the official opening band for Doro in a “theatre” size venue in February 2013. No band members are getting rich money wise that way folks. Rich in life experiences — certainly — but it’s a tough way to make a living day in, day out. In fact, most of Sister Sin‘s contemporaries — or at least the ones that Sleaze Roxx covers — do not embark on the types of tours that the Swedish rockers would partake in and that likely resulted in some Sister Sin members needing an extended break.

While I didn’t see it coming, in late December 2019, there were some major hints that the classic Sister Sin line-up were reuniting once again. Excited at the prospect, I reached out to the band and ended up interviewing Sundberg. The hints were true as the group was reuniting to play a couple of rock festivals during the summer of 2020. We all know how the concert industry went belly up for the year once the Covid pandemic reared its ugly (but invisible) face and seemingly shut the world down in the span of a few weeks in March. Unfortunately, that meant that Sister Sin‘s much anticipated “comeback” shows (or perhaps “farewell” shows) would not be happening this summer. Luckily, Sister Sin joined in on the live stream bandwagon and delivered one of the best, if not the best, live stream concert that I witnessed all year. It helped of course that this was Sister Sin‘s first “show” in five years so there was definitely a special element to their live stream gig. It was also the first time that I know of that Sister Sin were performing as a five-piece as they added rhythm guitarist Fredrik Jordanius to their line-up.

My wish at the end of my review of Sister Sin‘s live stream show actually kind of came true. I had wished that the band released a live CD of their Let’s Try This Again live stream (originally dubbed Raw, Mean and Unleashed until the live stream didn’t work the first time). Well, Sister Sin did end up releasing Raw & Mean (Live From Rehearsals) but only in digital format. I must confess that I don’t like the digital format but can totally understand why the band would have opted to only release Raw & Mean (Live From Rehearsals) in that way. They get their music out there and don’t have to get saddled with tons of CDs and/or vinyl albums to ship all over the world. That’s the reason why there have been no Sleaze Roxx t-shirts up for sale (I don’t know if there would even be a demand) since I took over the reigns for the website as there just isn’t enough time in the day for me to take that on. But I digress. The bottom line is that while I was not pleased about Raw & Mean (Live From Rehearsals) only being available in digital format, I was very excited that the band was putting out its first “live album” and what a live album it really is! Wow!

It’s raw. It’s mean. It’s simply fantastic. When you have so many great songs in your arsenal and play them with such aggressiveness, conviction and energy as the Sister Sin members did that day, the results just have to be stupendous. I am slightly bias since I truly believe that Sister Sin are one of the greatest bands of the last 20 years but I got goose bumps hearing the opening riffs to “24/7” (which in my mind is more of a Sister Sin track than an U.D.O. one) and every song after that had me fist pumping, singing, screaming (silently) and playing air guitar from start to finish. With concerts not happening anytime soon and everything seemingly shut down in Canada’s biggest city (Toronto), there’s nothing better than walking my dog while rocking out to Sister Sin‘s sublime Raw & Mean (Live From Rehearsals).

There is just something special about Sister Sin‘s songs from the background vocals (mainly from the towering bassist Strandh), to the intensity of the music, to the amazing melodies weaved in into this heavier styled music, to the amazing and powerful vocals from Liv Jagrell. I can confidently say that there is no downtime on Raw & Mean (Live From Rehearsals) as Sister Sin just play one great song after another. I also like that it really feels like a live performance with Jagrell‘s singing being far from studio perfection but sounding oh so powerful. I even enjoyed her sometimes growl-ish vocals on certain parts of some songs. It’s cool to also hear some minor deviances from the studio tracks as “Better Than Them” for instance features a bass solo or segment. My favorite tracks from Raw & Mean (Live From Rehearsals) are “Outrage” (how can you not get pumped up repeatedly hearing “Hey” throughout the opening riffs of the songs), “Chaos Royale” (this track is almost perfection), “Heading For Hell” and “Better Than Them” (the latter two being two very underrated gems from True Sound of The Underground).

If I could only bring one band’s discography on a desert island, Sister Sin would be at the top of the list for the bands that I would be seriously considering. The Swedish rockers may not have a “best of” album but Raw & Mean (Live From Rehearsals) boasts some of their best songs played in such a raw, mean and ferocious manner. It’s easily my favorite “live” album of the year. I truly hope that it will be released on CD eventually and that it might be the spark for some new material from the band.