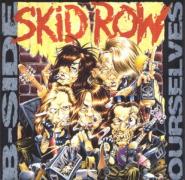 Review:
I saw this several times in the store but had no idea what to make of it. Finally, I broke down and bought it. I shouldn’t have waited so long. It’s a good thing to hear bands do the classics without ruining them. When I say that, I don’t mean Britney Spears trying to rock out to a Rolling Stones song. That is what you call ruining a song by an annoying singer whose only appeal is T&A, and that doesn’t stand for talent and ability.

While it is too short and there is a song on there I’m not crazy about (“Psycho Therapy”), I like the rest a lot. Especially Kiss‘ “C’mon And Love Me” and a live version of Judas Priest‘s “Delivering The Goods” with Mr. Rob Halford in attendance. Plus, any Hendrix cover is cool.