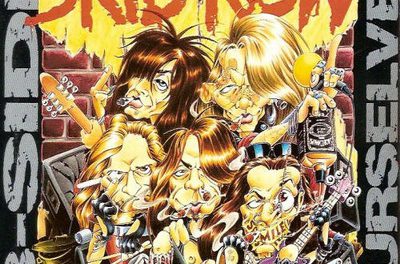 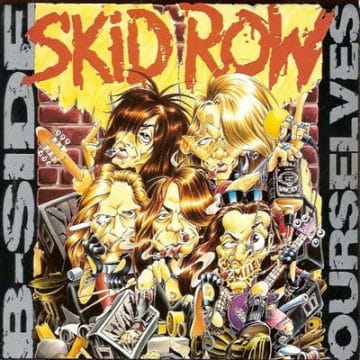 Review:
For a brief space in time in the late ’80s and early ’90s, the hot thing was to record and release albums filled with covers with the idea being that bands could share with the fans the songs that influenced them and in the process take a notch out of their contract album quota AND, have more product without having new songs. Sometimes these “tribute” albums were a way to keep bands in the public eye while off the road writing for their next original release. Every ’80s hard rock band with some steam under their belt had one it seemed and while most were merely alright, a few were filled with interesting and unique takes on classic songs. But the more interesting cover records contained takes on lesser knows gems like L.A. Guns’ version of “Night Of The Cadillacs” (Generation X) on their 1992 covers EP Cuts, and of course most of Guns N’ Roses‘ 1993 release The Spaghetti Incident which saw Axl Rose and crew cover tunes by the likes of The Damned, UK Subs, The Dead Boys, Fear and even everyone’s favorite cult leader / songwriter Charles Manson. Another pretty cool cover release (most were usually EPs) was Skid Row’s own ode to early influences — B-Side Ourselves.

While not necessarily interesting based on being covers of obscure tracks, the Jersey rockers’ release is perhaps more unique for NOT choosing obscure rock or punk songs to cover. Matter of fact, aside from a pretty obvious punk song by way of The Ramones‘ “Sedated” (sung by Rachel Bolan), the EP is more of a tribute to early tracks by classic hard rock bands like KISS, Judas Priest and Rush with a bit of very early rock via a cover of a Jimi Hendrix tune (but not “Purple Haze”). Looking back, it’s obvious that B-Side Ourselves is for sure a Sebastian Bach love fest just based on his love for KISS and power singers such as Priest‘s Rob Halford and Rush‘s Geddy Lee. Really the only oddity to fans may have been the Hendrix cover but once you appease your singer and bass player, you GOTTA try and make them guitar players happy and not only does a bit of Hendrix do that, Skid Row’s version of Hendrix also turns out to be a showcase of Bach’s vocals.

Book ended by The Ramones track “Psycho Therapy” and the Jimi Hendrix ballad “Little Wing” (two tracks that featured promo videos), B-Side Ourselves also is unique in that it starts off fast and slowly settles down to cruise mode. The Ramones are followed up with a pretty decent version of fellow New York band KISS’ “C’mon And Love Me” before a blistering live romp through Judas Priest’s “Delivering The Goods” featuring a vocal duet from Bas and Halford. Skid Row then spit out a raw, grinding interpretation of Rush’s “What You’re Doing” before settling in with their beautiful closing tribute to Hendrix.

Like most “cover” albums, B-Side Ourselves will never cause fans to set aside the band’s original albums and certainly when in a Skid Row mood, rockers will immediately turn to tracks like “Youth Gone Wild” and “Monkey Business” over this EP but for a good fun quick listen while cruising around, B-Side Ourselves is more than ample rock tunage and at the time was a cool holdover release while the world waited on 1995 release Subhuman Race. For sure, as far as a good rock listen, it more than holds up. Now how it holds up against other cover albums from that period is of course surely depending on one’s opinion and is probably a discussion more suited for a whole other time. Or for your commenting pleasure below?