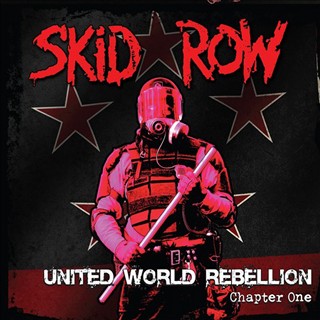 Review:
Skid Row will forever be known as the band that featured Sebastian Bach on vocals. For one, the band reached their peak with Bach and second, much like David Lee Roth when he was out of Van Halen, their former vocalist constantly reminds the media that he was in Skid Row. It must be aggravating to the remaining founding members to listen to Bach refer to Skid Row as ‘his band’.

Skid Row sans Sebastian Bach have had two shots to try to erase Bach from rock fans’ psyche with Thickskin in 2003 and Revolutions Per Minute in 2006, neither of which were very memorable — in fact the latter was going in so many directions that it was just a collection of songs, and not very good ones at that. Johnny Solinger has the unpleasant task of taking over ‘the voice’ of the band, but unlike Sammy Hagar or Ronnie James Dio who had choice material at their disposal, Solinger doesn’t have much to work with. The songs aren’t particularly good so he can’t do much about it, and it doesn’t help when you play a show all anyone really wants to hear are the ‘hits’ anyway.

The pattern of mediocrity continues with Skid Row‘s new release, an EP. In what has become the ‘next’ thing for rock artists, much like previous trends of writing tell all books, getting into the wine business, or producing your own hot sauce, EP’s are the new wave I’m afraid. There are pros and cons — you put together a collection of 5-6 songs and test the waters, and if your fan base is feeling it you can hit the road to support it.

Skid Row‘s new EP United World Rebellion: Chapter One continues in the tradition of a band whose well has run dry. The production is top notch and there are some strong riffs on this EP, but the songs simply go nowhere and you can envision the band practically falling asleep as they worked on this in the studio — and the lyrics don’t help either. Ironically, the only song that I somewhat enjoyed was the ballad “This Is Killing Me” which was exactly what listening to this EP was doing to me. “This Is Killing Me” had potential to become one of the band’s best ballads of their career, but it’s not what a band that issued Slave To The Grind wants to be known for. But guess what, it’ll get you air play somewhere. Unfortunately the ballad became a casualty of a horrific chorus that is on par with the thought of this writer getting catheterized without any anesthesia.

This is just part one? I don’t think if Bach were in Skid Row they’d fair much better in 2013 — it’s simply time to reunite for a string of dates and put this wounded dog down.