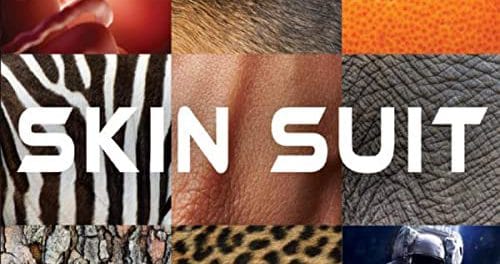 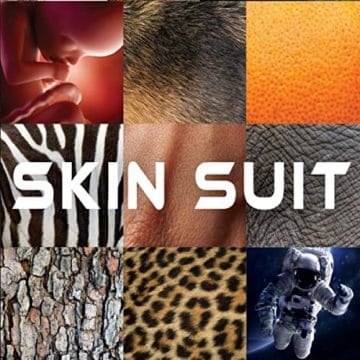 Review:
Let’s be honest, when you take out a key ingredient of your favorite recipe, it may not look or taste the same. It could become bland and possibly lead you to never make that recipe again. The same can be said about your favorite rock n’ roll band. Now, I am in no way alluding to the fact that the band such as the one that featured the artist we are reviewing today has become bland or boring. They’re just different. I liked my analogy really and felt very compelled to use it, but don’t read into it too much because I am not here to insult or cause controversy. Did I get your attention though?

As I put on the first release from the band Skin Suit which features former Tesla guitarist Tommy Skeoch, I ask myself, is this a solo album? Well, that’s hard to say, because it clearly appears to be a band to me. That is a question that I will raise later in the week when I interview both Skeoch and lead singer Rob McManus.

As I made mention just two paragraphs ago, the stylings of Skeoch’s former band Tesla are different these days without one Skeoch in the fold. I mean this in the most flattering way possible. Although many may disagree with me, I felt that the band’s album last year was very well done and honestly my favorite since Into The Now. Where does that release sit in comparison to The Great Radio Controversy or Psychotic Supper? Well, that’s where that key ingredient that I mentioned earlier comes into play slightly. Honestly, that opinion though is not going to be pursued much further because frankly Tesla always release great music.

As I blared the Skin Suit album for the first on my 7.1 home theater, I was completely floored. I’ve fallen and I can’t get up! As I put on the first track “Knocked Down”, I immediately got excited. There was that in your face guitar styling that I had been missing for years. Skeoch was always classic for the use of the whammy bar just at the right moment. It becomes apparent that Tommy Skeoch still has that killer instinct within him. As for the vocals of singer Rob McManus, it is different than Tesla singer Jeff Keith, but still gives me chills. McManus is more of an articulated, intense vocalist where Keith is more raspy and laid back, but always brings it. It’s like apples and oranges. What also stands out on this track is the use of the ride cymbal, very close to late ’80s / early ’90s Tesla albums.

“Dream Girl Nightmare” again, sounds like Tommy Skeoch. Balls out everywhere. It’s like being at a nude beach. There’s nothing to hide or hold back. It’s just you and your Skin Suit. “Skin In The Game” has more of a ’70s Alice Cooper vibe to it. Skeoch starts solely playing the chords on and off as McManus makes his presence felt as the drums carry the beat in typical high-hat, snare / kick combo. The band builds up nicely leading into an infectious chorus. “Legacy” may be the closet song on the album to the classic Tesla sound. This song has a very “Modern Day Cowboy” feel to it. Tesla fans will be quite impressed. The vibe really brings you back to early days of the young band from Sacramento, California.

“I Forgive You” could possibly be the hottest track on the album. This really has a Psychotic Supper vibe to it. With the band laying back in the verse allowing Rob McManus’s vocal to be executed perfectly, it also gives the song the chance to build up to the chorus. What is also obvious, is the guitar stylings of Skeoch. I think back to those old Tesla albums where Skeoch and Frank Hannon would play off of each other’s strengths. Obviously, Skeoch is doing this all on his own, but gives the perception that if done live, the band would possibly need two guitar players? What is also apparent is Skeoch’s tone. The vibrato and feel in each note is so enlightening and it really sounds like well, Tommy Skeoch.

“It’s Finished” starts off slowly with acoustic guitar and some background effects. Almost the “Heaven’s Trail (No Way Out)” type of feel. This song also makes me wonder if in some ways did Skeoch have an influence on the Tesla music in terms of changing timings and feel within the song? It kind of brings me back to The Great Radio Controversy where songs like “Lazy Days, Crazy Nights” or “Did For The Money” really had that type of energizing vibe.

Now, I am not going to analyze every single song. I wanted to give the readership an early indication of what this album has to offer. Possibly, you’re sitting at home, on your computer, reading this very article and are wondering who or what Skin Suit really is. Well, if you are reading this, you now know in some ways. If you are like me and want to relive the early days or a continuation of what Tesla may have been had Tommy Skeoch remained in the band, this may be it. I truly admire and love Tesla for all that they do year in and year out. They are one of the true, genuine rock n’ roll bands of the ’80s generation.

With all that said, who’s to say we can’t love both Tesla and Tommy Skeoch / Skin Suit? What I take out of all this, is that in these uncertain rock n’ roll times, we are lucky enough to now get music from two great artists. I don’t see it as a competition. I see this is as artistry at its finest. What more can I say? Honestly, I can’t find anything wrong with this release. It is an in-your-face, all out hard rock album that will surely please the old Tesla fans and those who love straight ahead hard rock music. Very well done. Welcome back Tommy Skeoch! Great to see you kicking ass again!

Reviewed by Tyson Briden for Sleaze Roxx, May 2020