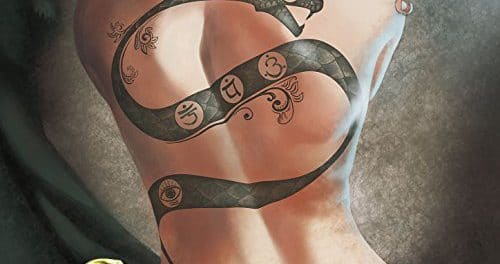 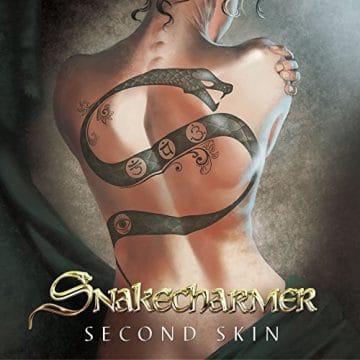 Review:
The original British band Snakecharmer 2013 was built on the backs of former Whitesnake members Mick Moody and Neil Murray, along with several others dedicated to the early ’80s melodic rock sound. Harry James from Thunder, and Adam Wakeman of Ozzy Osbourne fame rounded out the mix, as well as the new addition of Simon McBride on guitars. Many changes in personnel have taken place since the band’s first issue, the 2013 self-titled debut.

Quite a few people in the Sleaze Roxx community, and beyond, have been looking forward to this album, and it doesn’t disappoint.

Fact is, Snakecharmer have maintained their Whitesnake heritage over the years. Second Skin is not modern by any means. It is an enjoyable romp through bombastic ’80s rock. “Are You Ready To Fly” is a great example of guitar and heavy Hammond organ work, much like Deep Purple. On the other hand, “Follow Me Under” uses the same key sounds as a flourish to the guitar/vocal progression. The acoustic beginning to “I’ll Take You As You Are” betrays a half decent mid-tempo rock song. I like it….

“Hell Of A Way To Live” is a hell of a way to make a rock song. I’m liking the intro vocals, an original guitar line, and a catchy chorus. Early thoughts of “Fade Away” are not encouraging. It’s so much of an uninspiring ballad that I’m not sure I want to finish the five minute track. Therefore, we move on to “Dress It Up”, and I’ve got to say, it’s a nice recovery. Solid riff and loose musicianship makes it feel natural. I might compare this song to Foreigner’s “Feels Like The First Time” in many respects.

“Punching Above My Weight” is a funny tune. The acoustic opening line is more like Great Big Sea or something non-rock related. It develops into a song with mainstream appeal, yet it lacks longevity. I’m intrigued by “Forgive & Forget”, a bluesy, loose guitar delivery that sounds off-the-floor and passionate. While not quite a rock song, this might be my album take-away, akin to the Black Crowes or Little Caesar. Finally, “Where Do We Go From Here” elicits Jimmy Page guitar sounds, and David Coverdale vocals to pull off a song that starts pleasantly, and builds into a decent rocker.

As an entire album, Second Skin appeals to me. I might drop a song or two, but if you’re a fan of old-school Whitesnake, this is an obvious buy.

Snakecharmer‘s “That Kind of Love” video: