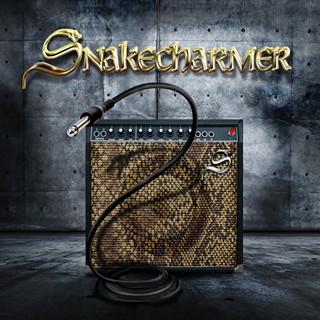 Review:
Back in 1983, David Coverdale was about to shed Whitesnake‘s first skin. The blue eyed boy from Redcar & Cleveland, England had never seemed shy when it came to seeking new blood — personnel in Whitesnake up to this point had included some impressive names such as old bandmates Jon Lord and Ian Paice (Deep Purple), Cozy Powell (Jeff Beck, Black Sabbath, Gary Moore, Thin Lizzy) and of course Micky Moody and Neil Murray.

Moody and Murray had served Coverdale well from the band’s conception back in 1978. Murray‘s melodic bass guitar was heavily influenced by Free‘s Andy Fraser and provided the perfect backdrop to Moody‘s mournful guitar leads and Coverdale‘s brand of tongue in cheek humor and soulful ballads. The pair co-wrote and performed what many fans still believe to be Coverdale‘s best work, including hits such as “Fool For Your Loving” and “Here I Go Again”. The Whitesnake name could do no wrong, building a huge following in the UK with a string of hit albums and festival performances including headline appearances at the world famous Donington Park. However by the end of 1983, Coverdale had his eye on ‘sliding in’ to the USA. He knew MTV held the key and Whitesnake would emerge three years later without Moody and Murray — perma-tanned, bleached blonde and blues free.

The ousted duo slithered on with various line-ups and set lists that echoed their past glories — The Snakes, Company Of Snakes and M3 — and now we welcome them back once again with Snakecharmer which sees our heroes being joined by guitarist Laurie Wisefield, Thunder drummer Harry James, keyboardist Adam Wakeman and vocalist Chris Ousey (Monroe, Heartland). “My Angel” is a strong opener with Moody‘s steel slide guitar promising the blues drenched feel of yesteryear whilst the melodic “Accident Prone” and “To The Rescue” could easily have graced any of the early Whitesnake albums. “A Little Rock & Roll” recalls Free with its irresistible riff and breathtaking solo but its “Nothing To Lose” that delivers the most venom with its twin axe attack and aggressive vocal.

Snakecharmer is an engaging album although there’s really nothing here to ‘trouble’ Ready An’ Willing or Lovehunter. Moody and Murray continue to charm for the ‘Snake fans of old (and there’s certainly more here for me than on Coverdale‘s recent Whitesnake output) but as proficient as Ousey might be, he sadly lacks the charisma that makes the chief ‘snake’ so great.