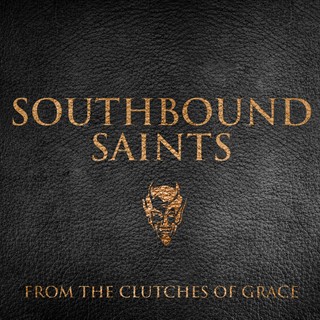 Review:
When I first heard that former Crank County Daredevils guitarist Adam Stevens had a new project I almost wet myself in anticipation — that’s how good his previous band was. So I was a bit disappointed when I first spun the Southbound Saints debut EP From The Clutches Of Grace — not because it is horrible, but because it doesn’t come close to CCD in the sleaze department. These really are two different beasts — the Crank County Daredevils were a sleazy outfit that proudly gave the mainstream the middle finger while the Southbound Saints often sound as if they are trying too hard for some recognition — although I can’t blame anyone for craving success in their chosen field.

The opening track “That Bitch (She Hates Me)” is catchy enough, and is tailor made for modern-rock radio, but is a touch too gimmicky — it just tries a little too hard to be offensive, not unlike Buckcherry‘s “Crazy Bitch” or the Brides Of Destruction‘s “Shut The Fuck Up”. The EP’s best moments are found during “Hello Hell” and “All Time Low”, which include the return of Stevens‘ guitar crunch. “Hello Hell” is the album’s heaviest moment, and arguably its best, while “All Time Low” sticks out with its raunchiness and cool guitar solo that reminds me of a cross between the newer sounds of Danko Jones and classic Rock City Angels.

Vocalist Lance Austin sings instead of screams, which make the Southbound Saints completely different from the Crank County Daredevils from the outset — instead this band is more in line with the like of Charm City Devils and Pop Evil. From The Clutches Of Grace may be a little too modern for my tastes (and occasionally too punk), but with proper promotion these Texas rockers could invade the current radio scene — and they won’t make you as nauseous as someone like Nickleback or the countless other faceless bands that dominate hard rock these days.